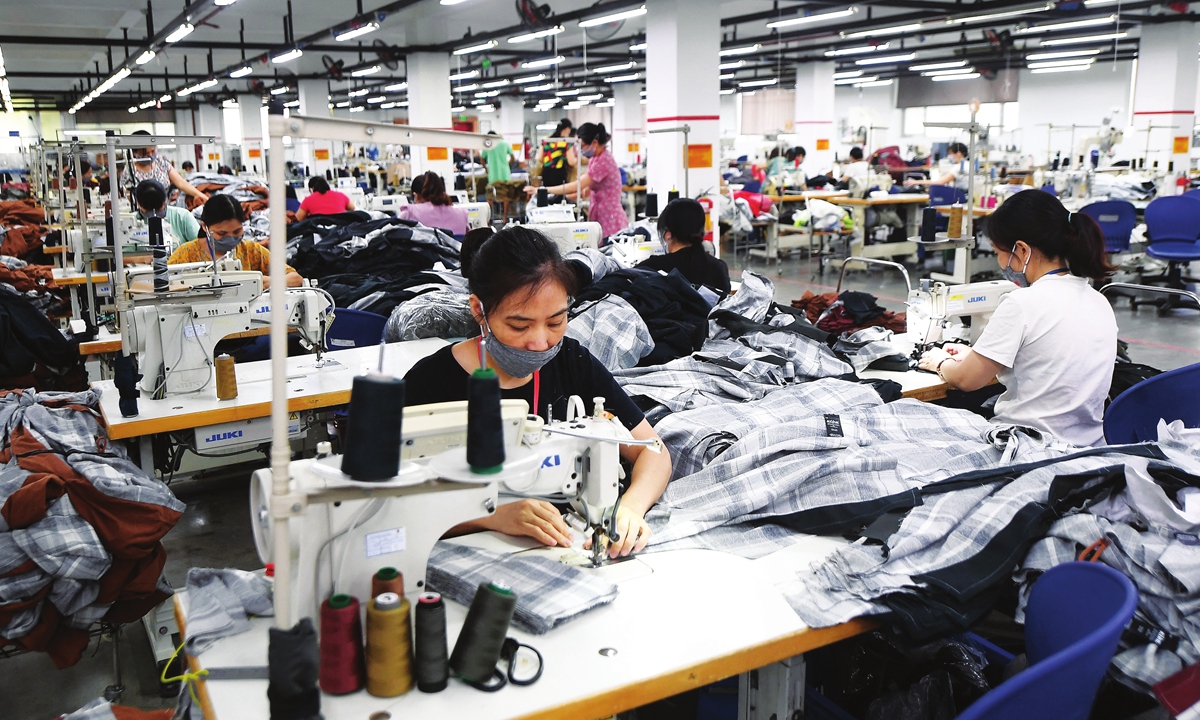 As a crucial link in the global supply chain, Vietnam faces a threat to its export-oriented economy from a lack of workers, which is affecting manufacturing for global firms, including sportswear brands Nike and Adidas, and tech giant Apple.

Vietnam was one of the few economies to report positive growth in 2020, but growth contracted 6.17 percent year-on-year in the third quarter of 2021, the largest quarterly drop in 35 years.

Only 10 percent of Chinese plants in Ho Chi Minh City were capable of maintaining operations at more than 85 percent of their normal staff size, Zhao Qian, head of the China Business Association Ho Chi Minh City Branch, told the Global Times. The city is home to a large number of factories that manufacture clothes, textiles and furniture.

"Companies manufacturing shoes and clothes are suffering from a serious backlog of orders. They are rushing to fulfill orders placed from July to September," Zhao said, estimating that they would be unable to arrange new orders until February next year.

Meanwhile, companies in wood processing, catering and services are suffering from a shortage of labor and a lack of raw materials, according to Zhao.

"Many workers have given up their jobs due to concerns about the virus," Zhao said.

Vietnam reported 4,045 new COVID-19 cases on Sunday, according to the country's Ministry of Health. Most of the community cases were detected in southern localities, including 966 in Ho Chi Minh City, 524 in Binh Duong province, and 429 in Dong Nai province, the Xinhua News Agency reported.

As of Sunday, Vietnam has registered a total of 884,177 locally transmitted COVID-19 cases since the start of the current wave in late April, according to the ministry.

Virus containment measures have also affected local logistics. "It would take more than a month for courier service companies to deliver the overstocked parcels even if they don't take new orders," Zhao noted.

Electronics manufacturers in the Southeast Asian country reported a shortfall of nearly 56 percent of the required workers to maintain operational capacity and the leather and footwear sector reported a 51.7 percent worker shortage, according to the government's website, citing its labor ministry data. Garment makers were also suffering from a lack of 49.2 percent workers.

Textile and leather shoes are the two labor-intensive industries in Vietnam. Around 2 million people work in the textile sector, 1.4 million in leather shoe industry, and another 1.5 million in related trade activities, according to an article published by the economic and business sector of the Chinese Embassy in Vietnam.

Government officials are scrambling to attract workers back to work via text message, and recruiters are dangling "crazy" benefits for new hires, Nikkei Asia reported.

"The low vaccination rate and long-term quarantine polices had led to widespread exhaustion. The decline in incomes has also caused weaker purchasing power, which may impact production," said Zhao, the head of the Chinese business association. 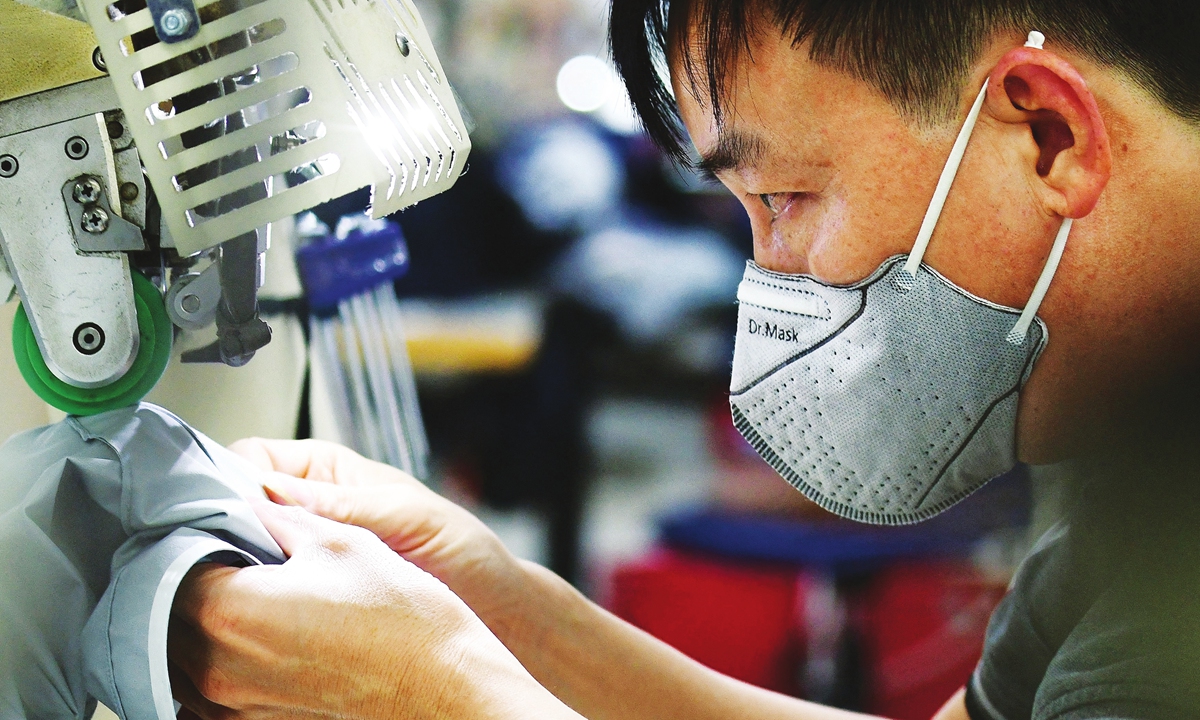 Vietnam is an important supplier in the global industrial chain, so the production standstill caused by the epidemic will have an impact on the global economic recovery in the short term, especially on garment and electronics supplies, Xu Liping, director of the Center for Southeast Asian Studies at the Chinese Academy of Social Sciences in Beijing, told the Global Times.

Xu said that if the coronavirus situation worsens in Vietnam, the global supply chains will definitely be relocated from Vietnam to other markets.

"Some foreign companies have already relocated some of their operations in Vietnam to China," Xu added, suggesting that if Vietnam can deal with the epidemic and labor issues, foreign companies will still choose to build factories in the Southeast Asian country due to its lower labor costs.

The economic recovery across key economic zones in southern Vietnam largely depends on Ho Chi Minh City, Hoang Cong Gia Khanh, the vice chairman of the University of Economics and Law under Vietnam National University Ho Chi Minh City, told Vietnamese newspaper Nhan Dan, suggesting that the government should help companies reduce layoffs and re-recruit employees, as well as helping them to attract skilled workers who had returned to their villages during the quarantine.

As of Friday, 60 percent of companies in Ho Chi Minh City have resumed production since the lockdown was lifted half a month ago, The Star reported.

A total of 1,500 firms, including 500 foreign firms in the city's industrial parks and export processing zones, have resumed operations, with 60 percent reaching 80 percent of regular capacity, the Ho Chi Minh City Union of Business Associations told The Star.