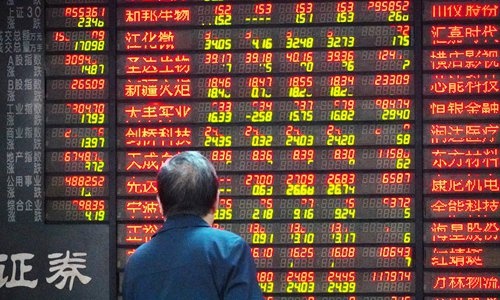 More and more Chinese firms listed in the US are likely to return back to the Chinese mainland's A-share stock markets to go public, not only because of an increasingly unfriendly US business environment, but because this will drive their valuations up, experts said, following news of China Mobile being ready to list in the A-share markets.

The mainland-based telecom giant is considering listing on the A-share stock markets after it was removed from the New York Stock Exchange (NYSE) under an investment ban launched by the Trump administration, Bloomberg cited sources as saying. The size and timing of the listing has not been decided yet.

China Mobile said that it had no further comment for the time being when contacted by the Global Times on Tuesday.

The NYSE in January delisted three state-owned carriers - China Mobile, China Telecom and China Unicom Hong Kong - in line with the Trump-era executive order, which banned US investments in Chinese firms deemed as related to the Chinese military.

China Telecom confirmed recently that it is planning to apply for a listing on the Shanghai stock market.

Independent telecoms, media and technology analyst Fu Liang told the Global Times that China Mobile's return to the A-share markets should be something that the company is happy to do, with or without the US crackdown, as its valuations are expected to swell in the mainland, where capital is plentiful and investors are more familiar with the company's business.

"To be frank, China Mobile's ADR listing in New York is becoming increasingly meaningless with meager transactions, and the US sanctions are actually helping them to escape the trap," Fu said on Tuesday.

According to Fu, by listing on the A-share markets, not only will China Mobile be able to raise more funds as many of its users will become potential investors, it will also have more chances to carry out industry chain cooperation.

"The US market was once the only choice for more than 80 percent of Chinese technology companies that wanted to go public, but now this has changed. The mainland and other overseas capital markets are rising, and the freer flow of international capital means that investors can invest in companies wherever they are listed," Fu said.

The US' tightening of supervision on Chinese companies listed there is speeding up the trend, as these companies are feeling increasingly insecure in the US.

Global index provider FTSE Russell has proposed that Chinese mobile phone giant Xiaomi should be eligible for re-inclusion in its indexes from June 2021, after it dropped Xiaomi from its indexes in a line with a US executive order signed by former US president Donald Trump.

The change came after a federal judge in Washington banned the US Department of Defense from restricting US investments in Xiaomi.

Xi Junyang, a professor at the Shanghai University of Finance and Economics, said that it's likely Xiaomi will also choose to list on the A-share markets at some point in the future.

"It might choose to seek listings on multiple exchanges, including the mainland, where its valuations are very likely to rise," Xi told the Global Times.

According to Xi, companies that are most likely to face crackdowns and those that represent "hot" themes for mainland investors are mostly likely to seek listings in the A-share markets. This category includes internet and 5G firms.