Chinese giant TCL to roll out own brand 5G smartphones

By Wang Mingjie in London | chinadaily.com.cn 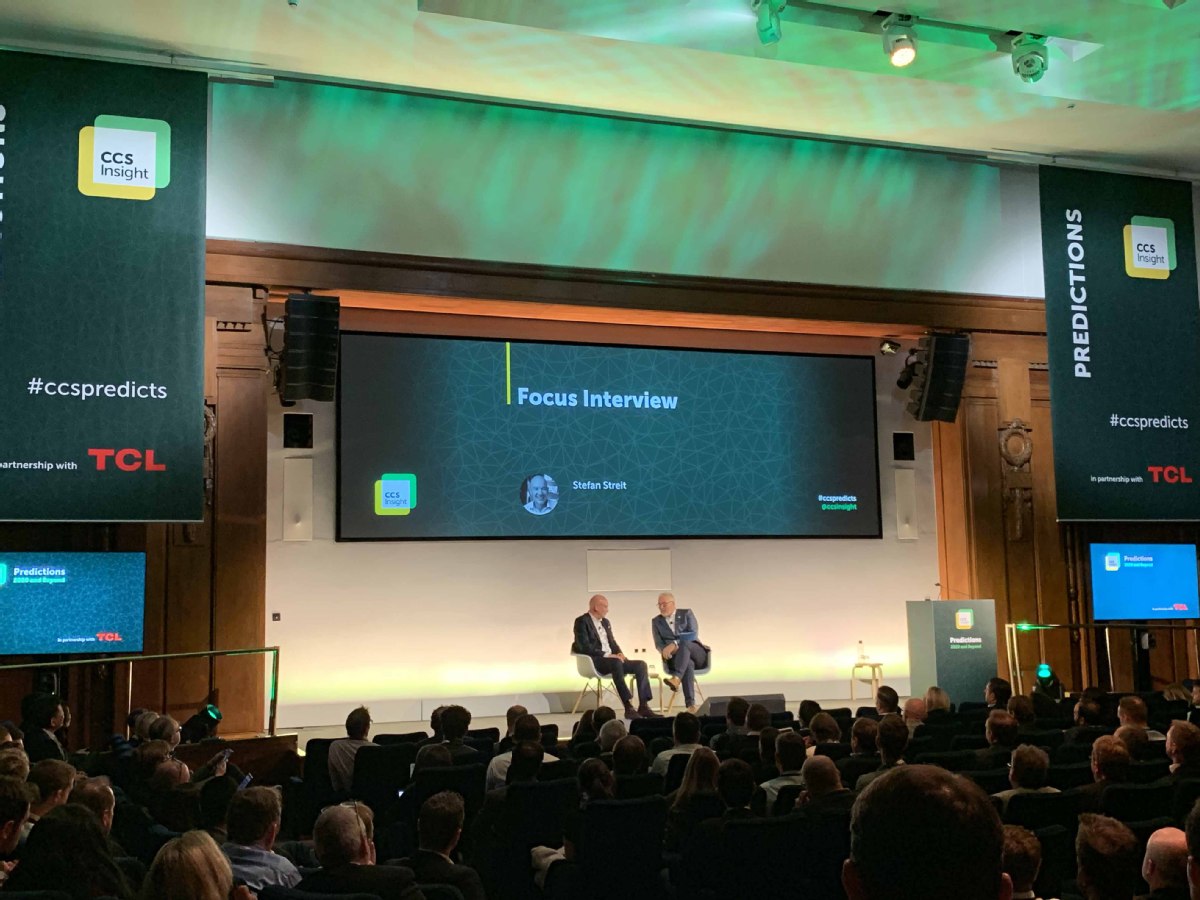 Chinese electronic giant TCL is to roll out 5G smartphones under its own brand name next year, the company's senior management revealed at a tech event in London on Thursday.

Speaking at the CCS Insight Predictions event, Stefan Streit, chief marketing officer of TCL Communication, said, "We are going to launch 5G mobile devices next year … we want to bring this to affordable price segments, and it does not need to be on this high price … make it available (below $500 to $600) for all the consumers."

TCL, which stands for The Creative Life, is known for manufacturing and selling television sets, refrigerators, air conditioners and other home appliances. The company made giant strides in the mobile phone sector after it acquired Alcatel's smartphone business and bought global rights to the BlackBerry phone brand.

Last month, the company announced the first TCL-branded smartphone for the global market and showcased their latest display innovations.

Streit concedes there is a sizable task ahead for TCL in competing with major mobile rivals in the smartphone space. "It is challenging enough, but it helps we can build on our existing infrastructure and backbone, as we know the technology and know how to manufacture and we have since many years strong relationship with top carriers in the world," he said.

"This is the advantage, but we are here not for the short-run. It is a long term thing, because it is bigger than just smartphones – it is an entire ecosystem, which we want to bring."

Streit said what sets consumers in China apart from those elsewhere in the world isn't merely the fact that smartphones are the de-facto first screen for them, but it's also their primary content consumption device – more so than a TV or gaming console – and it's also virtually replaced the wallet.

"I would expect that we start to see these similar behaviors become even more mainstream throughout North America and Western Europe, especially as 5G networks expand," he added. "Something else we see in China today that I suspect will become more common globally over the coming years, is a greater willingness to adopt internet of things products with some sort of virtual assistant or artificial intelligence built in."

Europe was TCL's fastest growing region in 2018 when the sales volume in the region surged by 43.1 percent year-on-year, with France, Germany, Italy and Spain recording notable growth.