BUSINESS Chinese IPOs in US hit record high despite turbulence

Chinese IPOs in US hit record high despite turbulence 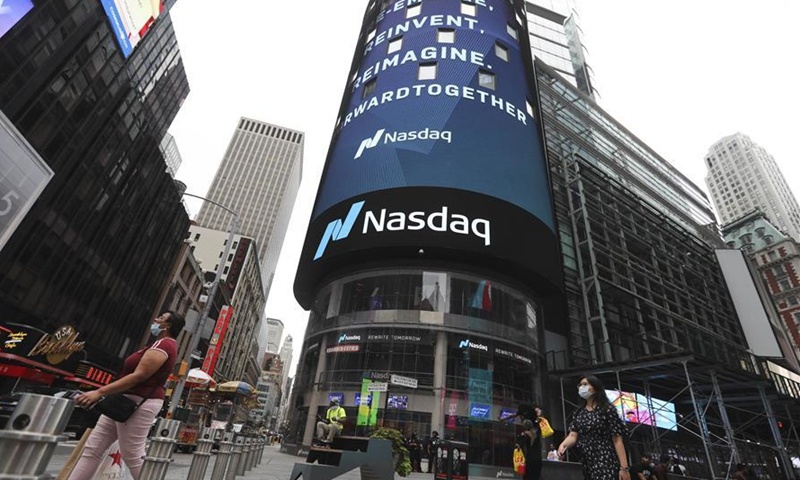 New listings by Chinese companies reached a record high at the US stock market this year despite some turbulence. Observers said that more listings might follow in the coming year as the market becomes increasingly optimistic that the incoming Joe Biden administration might work to improve economic relations with China.

So far this year, 26 Chinese IPOs have been held in the US, with a total worth of $29 billion, the highest since 2014, according to statistics from Refinitiv, a market data provider.

"Most investors in China see Biden as a fresh impetus, one that will be more predictable and less arbitrary," Dong Dengxin, director of the Finance and Securities Institute at the Wuhan University of Science and Technology, told the Global Times on Wednesday.

"It means it is likely that more companies will go public in the US under his administration," Dong said.

While it is unlikely that a Biden administration, expected to take office on January 20, will reverse Trump's hard stance against China in terms of trade and finance, the new administration is expected to be more "consistent" and "more respectful of market principles", Dong said.

Chinese companies have been under the threat of delisting from the Trump administration, which is trying to impose stronger US accounting standards on them. According to the US Treasury in August, Chinese companies that do not manage to comply with those standards will be delisted from US exchanges by the end of 2021, Reuters reported earlier.

Several big Chinese companies listed in the US, including technology giants JD.com, Alibaba and NetEase, launched secondary listings at Shanghai or Hong Kong exchanges against this backdrop. Since February last year, 16 Chinese companies have delisted from the US market, including Semiconductor Manufacturing International Corp, which became the biggest listing on the Chinese mainland in a decade when it was relisted in Shanghai in July.

However, uncertainties could persist over the relationship between China and the US, and for smaller Chinese companies, especially those valued at less than $100 million, the appeal of Chinese markets, especially the Hong Kong stock exchange, might dwarf those of US exchanges, Dong said.

"The Hong Kong market has grown more diverse and inclusive after reforms starting from 2018, and usually a Hong Kong listing is less costly," Dong added.