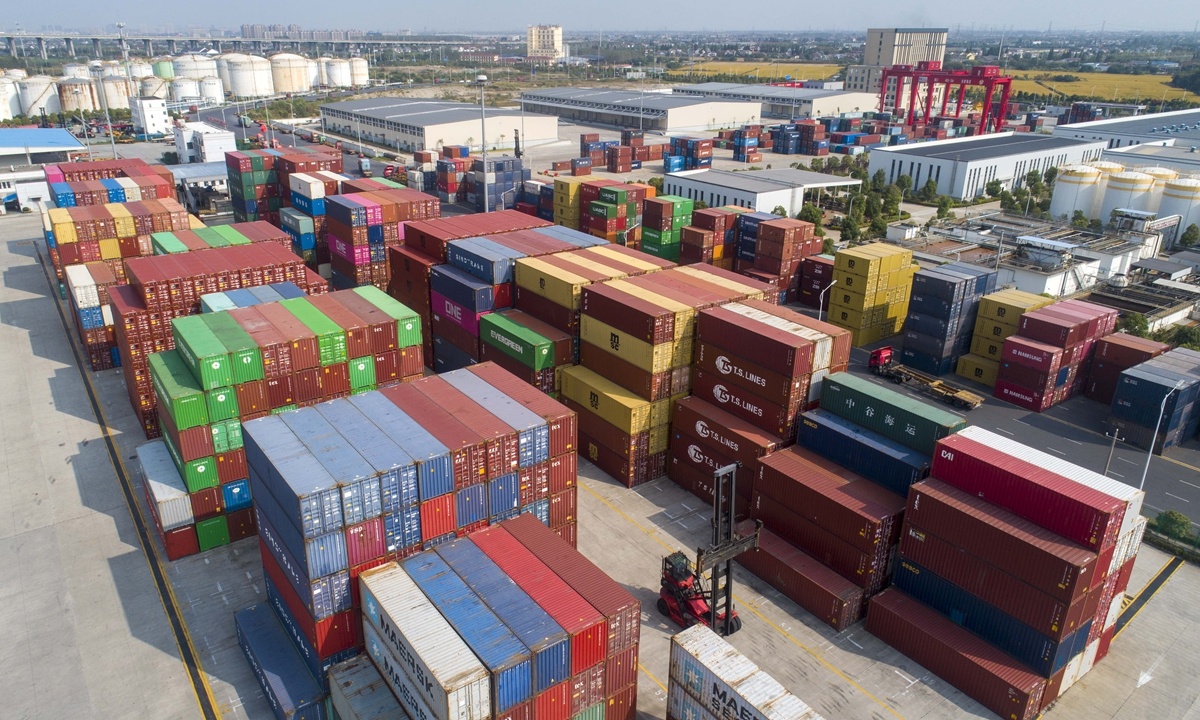 Companies from China, Japan and South Korea are expecting to continue to feel the weight of a trade war initiated by the US against China, while further technology decoupling is also likely during the incoming Joe Biden administration, Chinese analysts said on Monday.

The comments came as a survey by the Global Times Research Center, Maeil Business Newspaper and Nikkei suggested over 60 percent of corporate decision makers from companies based in China, Japan and South Korea believe they are being hurt by the bruising trade war between China and the US.

According to the survey, which was conducted in mid-December, roughly 60 percent of respondents from the corporate sectors in Japan and South Korea said they are being negatively impacted by the trade war due to the increasingly intertwined industrial and value chain in Northeast Asia. That percentage is higher than the 53.0 percent of those polled in China, the epicenter of the US trade war.

Yet some respondents from South Korea and Japan, both allies of the US, do expect the incoming Biden administration to improve economic ties with China, the survey showed.

While a cooling of the trade war and reduced collateral damage might occur, the US will largely maintain its current course in dealing with China, Chinese analysts predicted on Monday.

"At least for the first two years of its term, the Biden administration won't much change the Trump administration's approach to a tariff war and a tech decoupling," said Gao Lingyun, an expert at the Chinese Academy of Social Sciences in Beijing who closely follows the trade negotiations.

The new US administration will be mainly consumed by US domestic issues, from containing the rampant spread of the coronavirus and ending economic relief measures, Gao noted, believing some relaxation on tariff duties is expected while tech decoupling continues.

This means the pressure on companies from the three countries won't be relieved right away even after multilateralist Biden takes the helm. 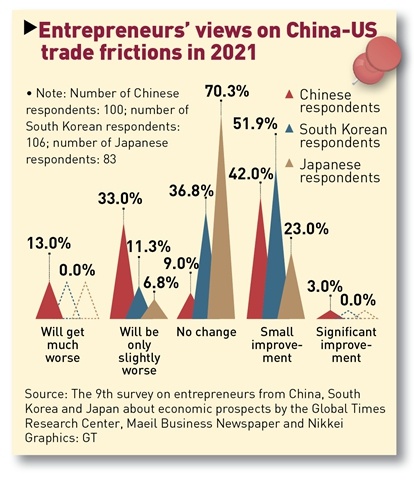 The survey, which included 100 responses from China, 106 from South Korea and 83 from Japan, underlined the complementary nature of the economies of China, South Korea and Japan, according to Gao.

"Trump has made too many enemies abroad with his unilateral approach, but there will still be voices within the US business circle to invest abroad and engage in economic development overseas, and clinching some of the legacies left by the Obama administration could prove handy," said Li Tianguo, associate professor at the National Institute of International Strategy.

To this end, an agreement on a free trade zone involving China, South Korea and Japan could buffer the impact, Li said.

China will promote the early implementation of the RCEP and accelerate talks for a China-Japan-South Korea FTA, Minister of Commerce Wang Wentao said last week, when introducing the focus of the ministry's work this year.