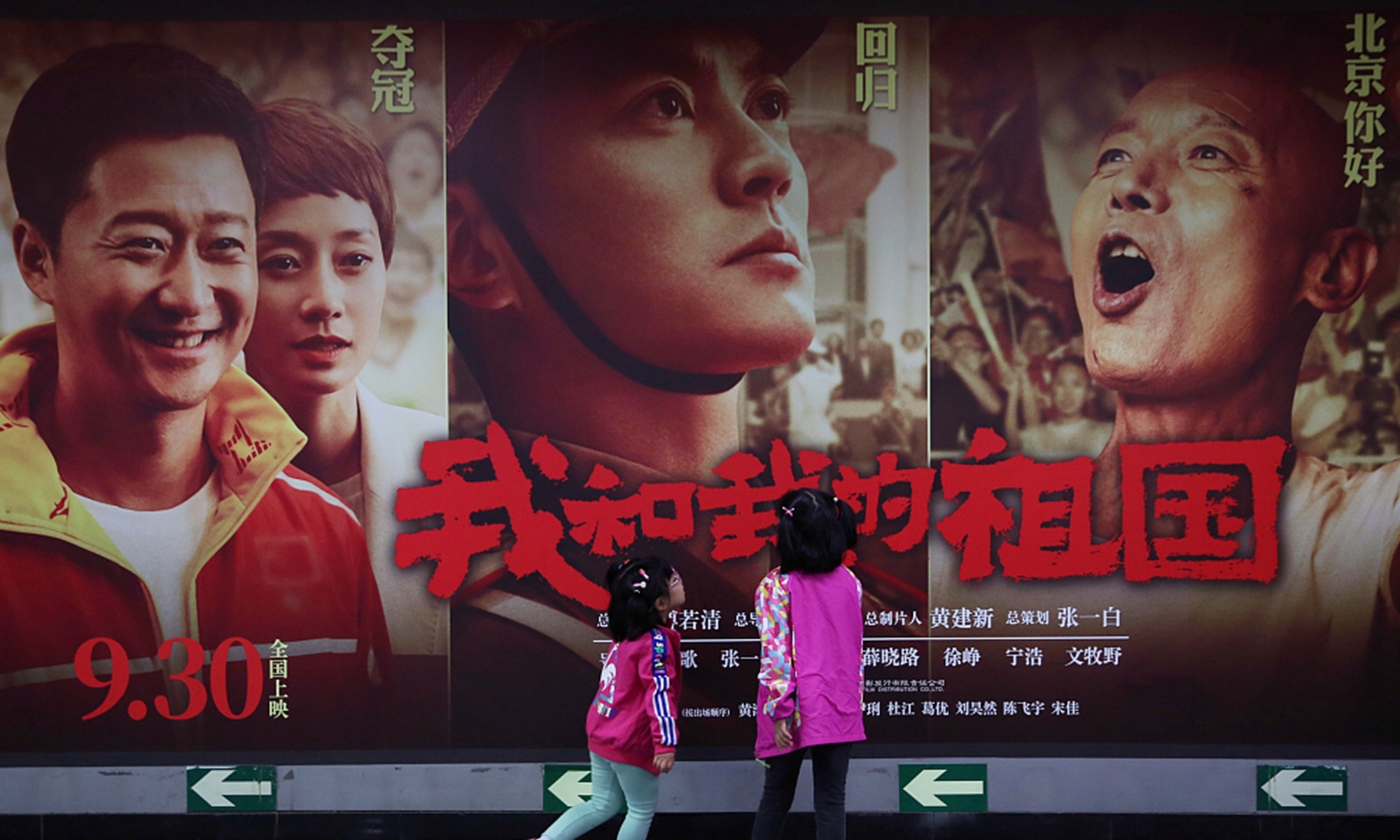 My People, My Homeland. Photo: VCG

The Chinese mainland is poised to surpass North America to top the global box office this year amid the COVID-19 global pandemic, after the ongoing National Day holiday was estimated to generate 20 percent of the year's total box office, industry analysts said on Tuesday.

Shi Wenxue, a film critic based in Beijing and a teacher at Beijing Film Academy, told the Global Times on Tuesday that this year's box office has already surpassed 10 billion yuan, and some hit films, including Jingangchuan, based on the Korean War (1950-53), Shock Wave 2, starring Lau Tak-wah, will be released after the National Day holiday.

He predicts the box office of 2020's National Day could account for 20 percent of the entire year's box office.

With the COVID-19 pandemic still shutting down theaters and delaying films in the US, some Chinese experts are predicting that the Chinese mainland may surpass the North American market as the world's largest film market.

As of Monday, the Chinese mainland's 2020 box office had reached 11.5 billion yuan ($1.69 billion), more than half of North America's $1.9 billion, Maoyan and Box Office Mojo reported.

"The Chinese mainland box office is likely to surpass that of North America to top the 2020 global box office due to the ongoing COVID-19 pandemic," Xiao Fuqiu, a film critic based in Shanghai, told the Global Times.

Shi attributed this to rising patriotic sentiment this year due to the COVID-19 epidemic.