Chinese market contributes most to Audi sales increase in H1 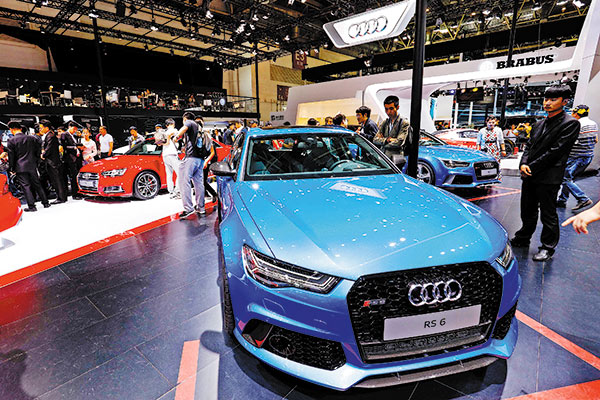 Chinese market has made the most contribution to the German automaker Audi's sales increase in the first half of the year, a statement from Audi shows on Tuesday.

After China, the Ingolstadt-based carmaker has seen the second most sales increase in the United States, where a total of 107,942 automobiles have been delivered in the first six months of 2018, up by 4.8 percent.

In addition, the sales from January to June in Europe and homeland Germany both fell by 4.2 percent and 6.3 percent.

"Despite the difficult environment, we performed well thanks to the positive development in Asia and North America in the first half of the year," says Bram Schot, interim CEO and board member for sales and marketing.

"We expect a challenging, but also exciting second half of the year with further model changeovers and the presentation of our first all-electric model, the Audi e-tron," Schot said