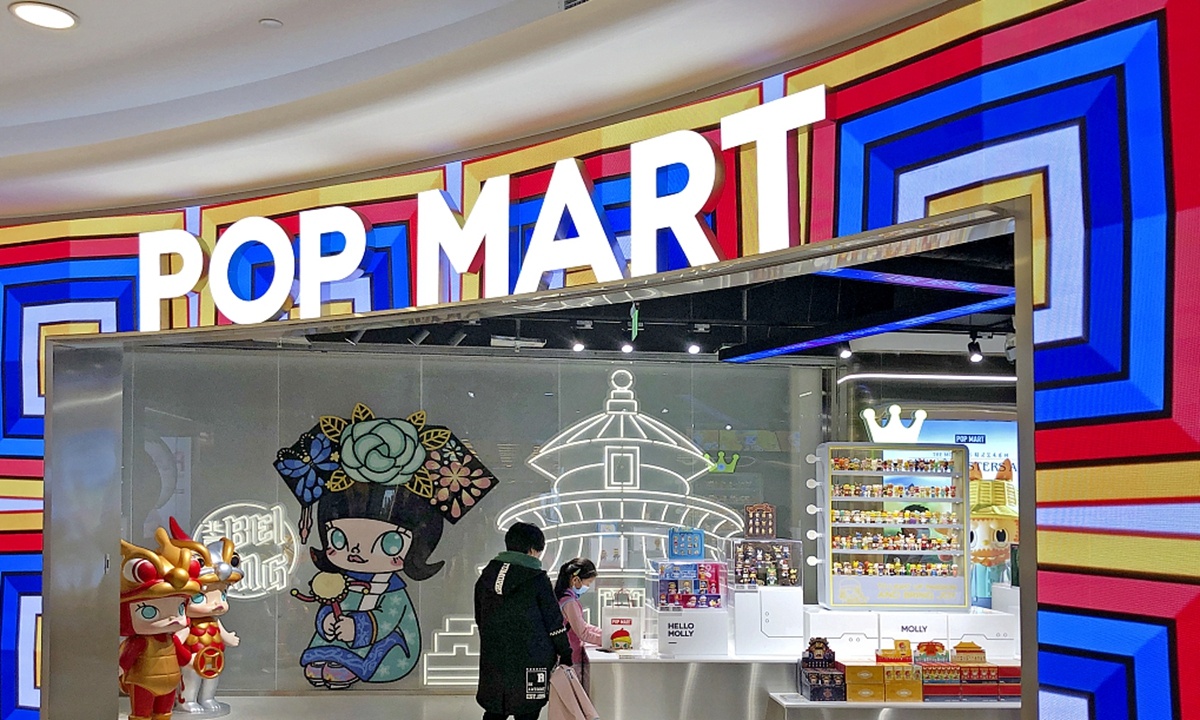 The main product of the Beijing-based company is a mysterious toy box that contains one toy figure from a large selection of collectible figurines. The toy is not visible to the customer until the box is opened. Its most popular item is the Molly doll, a little girl figurine created by a Hong Kong artist. A toy box is usually priced at 59 yuan ($9.1)

The products have been wildly popular with Chinese young adults. According to the research firm Frost & Sullivan, the majority of the customers of Pop Mart's figurines are females aged between 15 and 35. The limited and exclusive editions are a special appeal to customers who are encouraged to spend more until they get the right figurines.

The popularity has helped Pop Mart to reap huge revenues over the years. According to information publicized by Pop Mart to the Hong Kong Stock Exchange, the company's revenue grew for three consecutive years from 2017, rising from 158 million yuan in 2017 to 1.683 billion yuan in 2019. Its growth profitability was also up to 64.8 percent in 2019.

By June 30 this year, Pop Mart's membership subscriptions reached 3.6 million, according to information released by the company.

The company's success can be attributed to its commercialization of intellectual properties (IPs), which enables the consumer to buy IP products at a much lower price than traditional designer toys, Liu Dingding, a Beijing-based independent analyst told the Global Times.

"Commercializing IPs at a much lower price allows Pop Mart to expand its consumer base, leading to explosive growth for the past two years," Liu said.

So far the success of Pop Mart has attracted many more companies to the lucrative designer toy market. According to tianyancha.com, a company information platform, the number of designer toy companies has so far increased to more than 800, up from around 100 back in 2017.

Pop Mart has been operating a total of 93 IPs, but only 12 are self-owned. Another 56 IPs are not exclusive for the company's commercial use, and 25 are exclusive, according to information publicized by Pop Mart.

"Without a stronghold on enough IPs to appeal to its consumers, the company may face challenges such as over-reliance on a few IPs, which may lead to store expansion rate decline. Coupled with the challenge from the rise in other similar brands, Pop Mart's growth today may speak for higher risk in the future," Liu said.