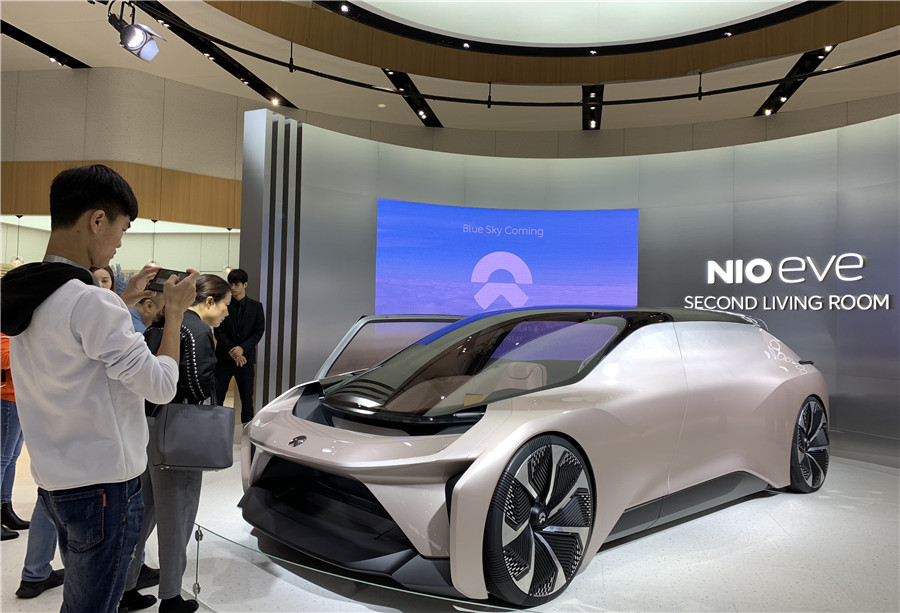 Chinese electric car startups that have put the bit between their teeth to navigate a labyrinth of financial hardships, weaker demand and the coronavirus pandemic are seeing signs of approval from both customers and investors.

Nio, the first startup to launch mass-production models in the market, saw the price of its shares on the New York Stock Exchange skyrocket to a record high of $28.07 on Oct 16, up 5.92 percent from the previous trading day.

The same month in 2019, its stock price was as low as $1.19. Nio was on the verge of bankruptcy, warning its cash flow was not sustainable for another 12 months.

Yet new investments as well as its growing popularity with customers and China's overall favorable policies for the segment, have helped Nio's stock price surge from the end of May despite some slight road bumps.

Nio delivered a record 4,708 vehicles in September, up 133 percent year-on-year. The company sold 12,206 vehicles in the third quarter, a new high in quarterly deliveries.

Electric vehicle penetration in China is set to quadruple by 2025 to 20 percent from less than 5 percent in 2019, according to the Chinese authorities' plan.

The State Council, China's Cabinet, has passed a long-term development plan for the sector, stressing the market and electric car makers are to have a larger say in resource allocation and technological paths.

Deutsche Bank claimed in a research note in September that Nio could be the "next iconic auto brand" in terms of its products and services including its battery swap initiative.

Nio's current stock price has already beat the bank's estimate of $24 and is continuing to march toward the estimate of $40 given by JP Morgan analysts in a research note last week.

"In China's smart electric car market, we expect Nio to be a long-term winner in the premium space among Chinese brands; Xpeng to lead the mass market while BYD should likely see strong electric car demand with rising external battery sales from 2022," said JP Morgan analysts in the note.

As China's electric car makers produce and sell more cars, they have also been able to absorb costs more effectively.

In the first half of 2020, Nio and Xpeng narrowed their net losses by more than 50 percent compared with the same period a year ago.

WM Motor announced in September that it has raised 10 billion yuan ($1.47 billion) in round-D financing, more than any other Chinese electric car startup has raised in a single financing round.

Enovate said last week that it has raised 5 billion yuan, and plans to go public in 2021. The announcement came three weeks after the Shanghai-based startup launched its first production model in late September.

China was one of the first countries to promote electric vehicles when it started to offer subsidies for the sector in 2009. Dozens of electric car startups were set up wishing to ride on the wave of e-mobility, but many failed before rolling out their first vehicles.