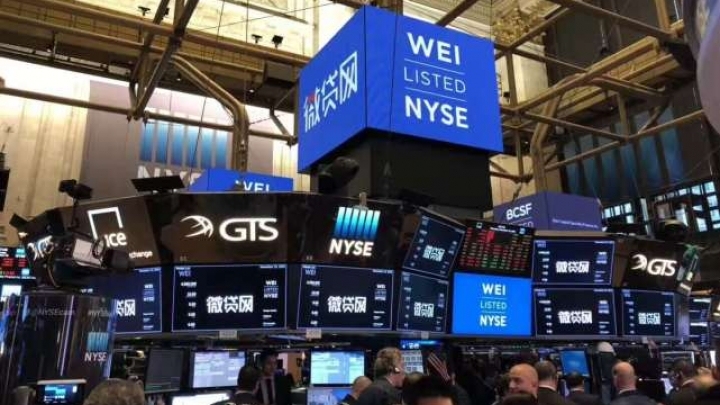 The company, trading under the ticker symbol of "WEI," announced its initial public offering (IPO) of 4,500,000 American depositary shares (ADSs), each representing one Class A ordinary share, at a price to the public of 10 U.S. dollars per ADS for a total offering size of approximately 45 million dollars.

Morgan Stanley and Citi acted as lead managers on the deal.

Weidai started trading at 10.50 U.S. dollars per share on Thursday, climbing 3.50 percent from its pricing, and was traded at 10.35 dollars apiece around midday.

Weidai is the largest auto-backed financing solution provider in China in terms of loan volume in each of 2015, 2016 and 2017, with a market share of approximately 35 percent in 2017, according to the Oliver Wyman Report.

The company generates revenues primarily from service fees charged to borrowers through facilitating and managing loans. Its revenues increased 101.3 percent to 3.545 billion yuan (or 535.8 million U.S. dollars) in 2017 from a year earlier, showed its prospectus.

The company plans to use the net proceeds of its offering primarily for general corporate purposes, which may include investment in product development, sales and marketing activities, technology infrastructure, capital expenditure, improvement of corporate facilities, and other general administrative matters, said its prospectus.