Chinese PPE firms ready to lend hand if US needs 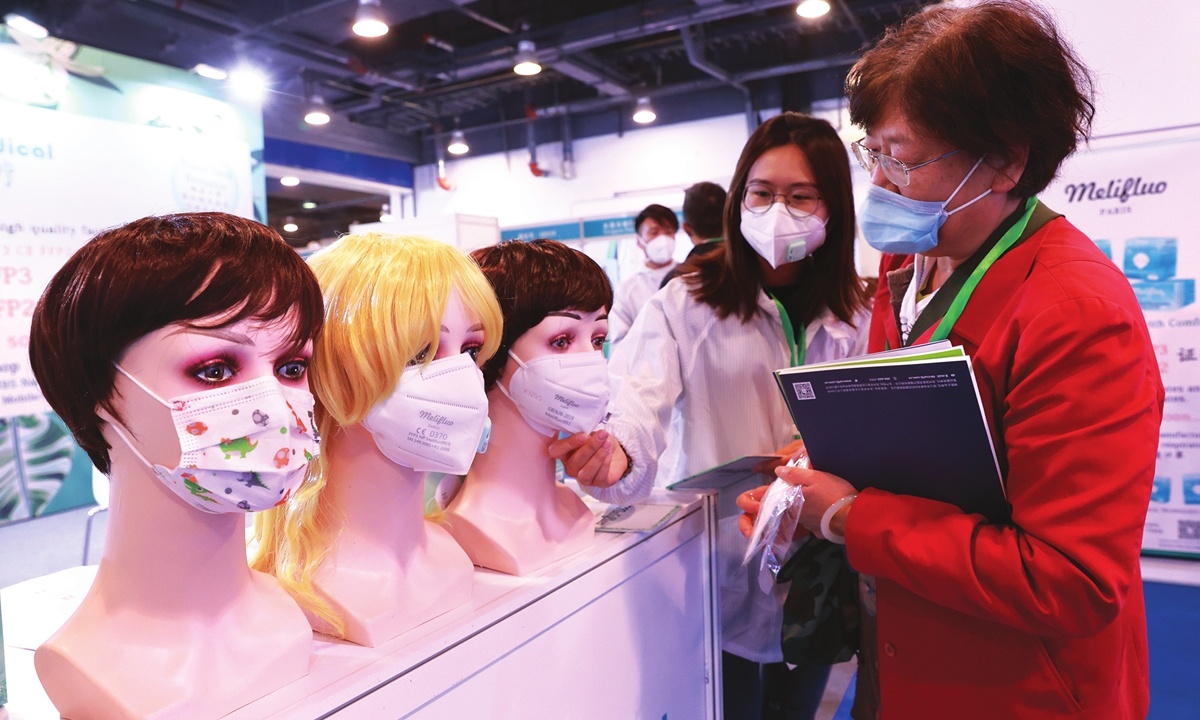 Chinese personal protective equipment (PPE) suppliers may see increasing demand from the US as serious preventative measures are expected to be in place under a new Biden government, said industry representatives and experts.

As the COVID-19 pandemic continues to spread in the US after the failure in containment by the Trump administration, bringing it under control will be the top priority for impending Joe Biden administration.

Business insiders believe the US will need to buy relevant products from China as a result.

Cao Haoquan, president of Weini Technology Development based in Guangzhou, South China's Guangdong Province, one of the top 10 mask makers in China, expects its exports to the US, which have been much lower than those to Europe, will further increase.

Cao's company has both EUA and CE markings that enabled it to respond to booming needs overseas as the epidemic in China has been largely contained.

This year, the company exported hundreds of millions of masks including the top KN95 to European countries such as Germany and the UK, which was a huge amount, compared with 10 million masks to the US.

"Our daily production capacity is over 1 million pieces, and with the production lines already in place, we can make it to 5 million," said Cao.

As of Monday night, confirmed cases of COVID-19 reached 9,972,333 in the US, with 237,574 deaths, the highest in the world, according to data from John Hopkins University.

BuildBackBetter.com, a Biden transition-focused website, said that every American will have to wear a mask in public, and there would be a mask mandate nationwide.

But there are foreseeable challenges, including shortages. According to a September Analysis by the American Hospital Association, studies have shown severe and in some cases worse shortages of PPE since the beginning of this year.

The White House earlier said it would put the nation on track for "nearly 100 percent domestically supplied" masks by the end of 2020, even though the country is still far short of the 3.5 billion masks needed this year, National Public Radio reported in September.

Given the challenging tasks ahead, experts believe it is likely that the US will import large volumes of Chinese PPE and learn from China's successful experience in epidemic prevention and control.

Instead of seeking to harm China via high tariffs, the US should seek more cooperation with Chinese companies in the battle against the virus, experts said.

"Masks are not mandatory in the US, so the consumption of masks is not very high. But if the containment measures were to be upgraded under Biden, consumption would rise rapidly and new orders would flood into companies already certified by the US government," Bai Yu, president of the Medical Appliances Branch of the China Medical Pharmaceutical Material Association, told the Global Times.

"The cost and production advantages of Chinese masks are stronger than those of the US, and masks exported from China to the US are even cheaper than masks produced locally purchased by Americans," said Bai, and under Biden, the US is likely to increase the efficiency of export declarations from Chinese mask manufacturers in an effort to increase imports of masks from China.