Chinese Premier Li Keqiang said here Saturday that the Chinese economy is fully capable of maintaining a stable and positive development momentum with an accelerated pace of transitioning to a high-quality growth. 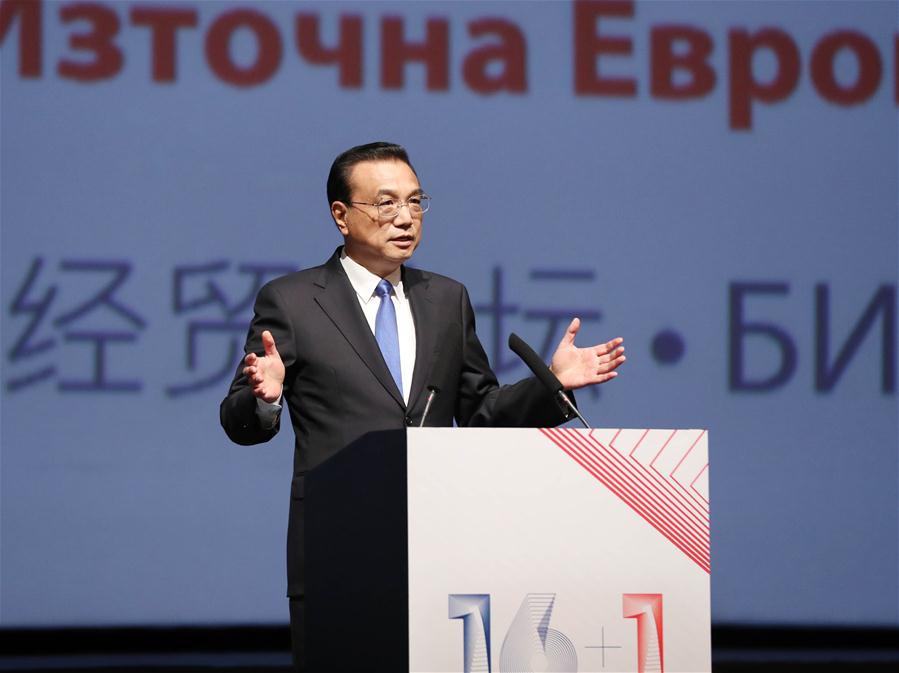 Li made the remarks at the 8th business forum between China and Central and Eastern European Countries (CEEC) in Sofia, Bulgaria.

Li said that the Chinese economy has maintained an average growth rate of over 7 percent in the past five years, and contributed more than 30 percent to the world growth annually on average.

China's GDP grew 6.8 percent year-on-year in the first quarter of this year, he added.

The premier also reiterated China's stance of sticking to the path of market reform and greater opening-up.

China has announced a series of measures to expand opening-up, Li said, explaining that such a decision is in line with its own development needs and will not change due to external factors.

The opening-up measures will bring enormous market opportunities for the whole world, including the CEEC, he said.