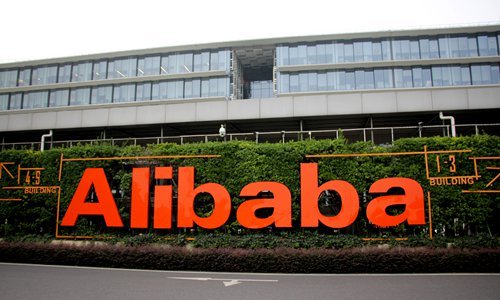 China's market regulators on Tuesday issued a one-month ultimatum to all online platforms to troubleshoot their breaches of market competition orders or face severe penalties, in what has been called an unprecedented regulatory move in the country's booming but increasingly problematic online sector.

Although the mandated overhaul could put some pressure on the expansion of e-commerce in the short term, the latest rectification order will invigorate China's market economy, with internet platforms expected to end their runaway expansion over the coming month, industry observers noted.

Platform firms should stand in awe of rules and undertake comprehensive rectification of their monopolistic acts and tax-related violations within one month, according to key takeaways from an administrative supervisory meeting held on Tuesday.

Alibaba's antitrust case should fully serve as a wake-up call, said a statement released after the meeting held by the State Administration for Market Regulation (SAMR), jointly with the Office of the Central Cyberspace Affairs Commission and the State Taxation Administration.

The SAMR announced a record $2.8 billion antitrust fine on Alibaba on Saturday, after a more-than-three-month investigation concluded the e-commerce giant breached the country's Anti-monopoly Law, which stipulates a business operator with a dominant market position is forbidden to restrict business competitors by requiring exclusive arrangements without justifiable causes.

The statement said that all platform firms must carry out comprehensive internal inspections within one month for a thorough rectification, and make their law-abiding compliance operation promises publicly available.

Market regulators will organize follow-up inspections of the platforms' rectification.

Platform firms will be subject to severe penalties if they are found to be involved in antitrust violations such as forcing a picked one of two after the rectification period ends, the meeting stressed.

The unprecedented move, coming on the heels of the record antitrust penalty levied on Alibaba, sends a warning to any internet firms that have absolute dominance in a certain area, Liu Dingding, an independent tech analyst in Beijing, told the Global Times on Tuesday.

The one-month deadline is no challenge for platform firms, which face no technical barriers to end market competition breaches, and the rectification suggests no structural makeover for these firms, the analyst reckoned.

"It's less likely that other platform firms would compete with Alibaba in the antitrust penalty rankings after the one-month deadline expires," he said.

Tax-related violations and noncompliance practices, such as forcing merchants to choose one from two platforms, abusing market dominance, implementing mergers and acquisitions to drive out competitors, and burning money to grab the market for community group-buying must be seriously rectified, according to the Tuesday meeting.

The overhaul will reverberate through the platform economy, as the irregularities and violations pinpointed by the regulators have for years enabled speedy expansion in the internet sphere, according to Liu. E-commerce platforms in particular will have to diversify into other profit sources.

Take Alibaba, for example. "The required rectifications are likely to limit Alibaba's revenue growth and reduce its profit margin, which are credit negative," Moody's said in a note sent to the Global Times on Tuesday.

Alibaba's management revealed on Monday at an investor conference plans to reduce fees and charges for merchants, while investing and spending more on new products and services.

But the company's strong financial profile and good access to funding would navigate it through business fluctuations, the rating agency noted.

Strengthening management of the platform sector doesn't mean that the country's stance of supporting and encouraging the platform economy will be changed, officials and analysts stressed.

The move will serve as a wake-up call for the platforms to always help promote fair competition, be innovative, and serve society, the regulators said Tuesday.

In the words of Liu, both merchants and consumers are guaranteed discretionary choices when it comes to platforms, arguably injecting vitality into the platform economy.