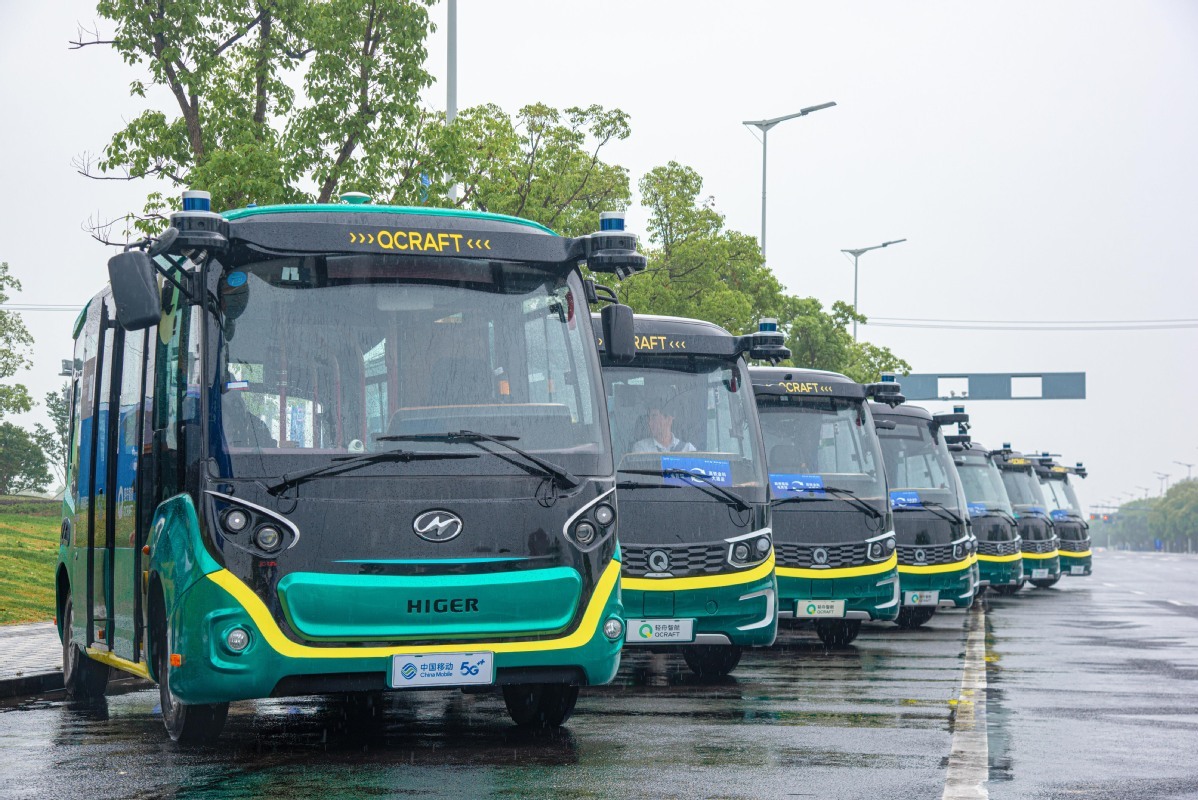 Chinese self-driving startup QCraft announced on Monday it has closed $100 million in Series A plus fundraising. (Photo provided to China Daily)

Chinese self-driving startup QCraft announced on Monday it has closed $100 million in Series A plus fundraising led by YF Capital and Genesis Capital, with participation from DragonBall Capital and the existing investor IDG Capital.

Since its founding in 2019, QCraft said it has set "Giga Factory" autonomous driving as a strategic objective, with the aim of efficiently realizing the commercialization and large-scale implementation of automatic driving technologies.

The company said in the span of just two years, it has developed the "Giga Factory" in three steps. In the first step, the company focused on large-scale intelligent simulation and leveraged research and development to establish a closed-loop system for automatic driving technologies and efficient use of data.

In the second step, the company used all aspects of key self-driving technologies from its all-star team to launch "Driven by-QCraft", a self-driving solution that covers a wide range of situations in complex urban environments and car models.

In the third step, the company fulfilled the requirements of smart cities and new infrastructure through quick commercialization of robobuses in nearly 10 cities. It also provided open road mobility services to tens of thousands of residents.