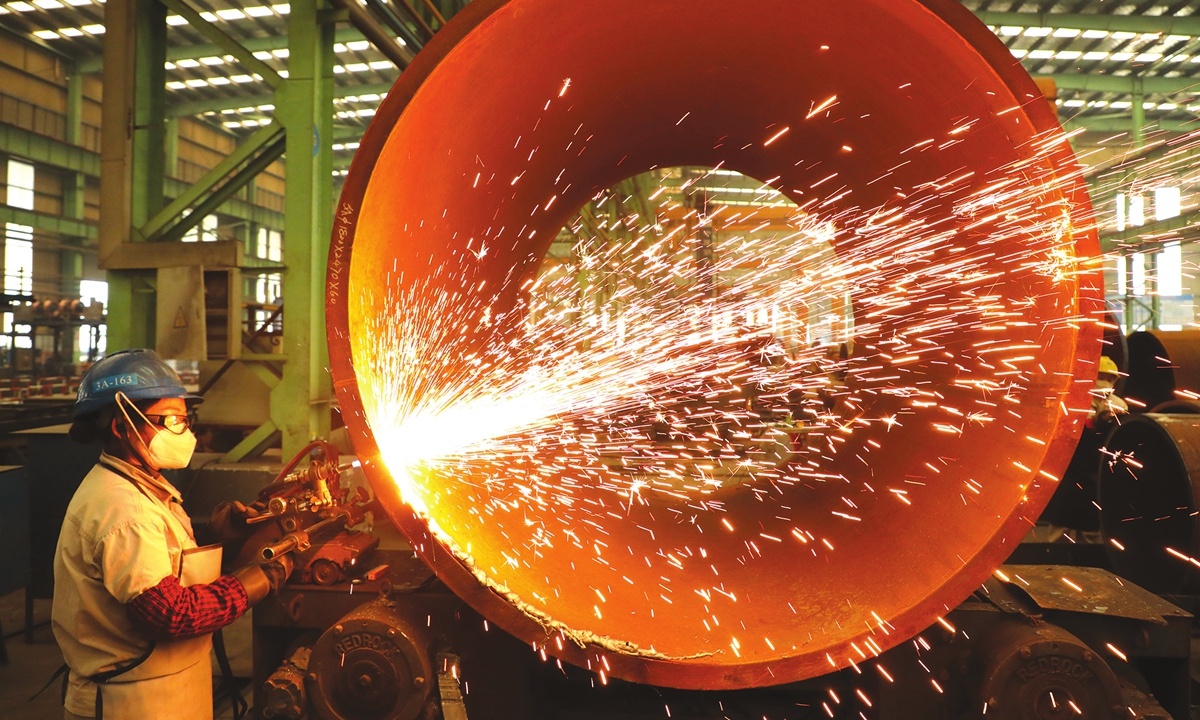 A worker welds and processes parts at a steel firm in Tianfu Industrial Park in Meishan, Southwest China's Sichuan Province. Companies in the industrial park are working overtime to compensate for production delayed by the epidemic, and ensure that orders are completed on schedule before the end of the year. Photo: cnsphoto

A Chinese industry association has called for a new pricing mechanism for iron ore, as the iron ore index has increased significantly this year, especially since November.

On Friday, the S&P Global Platts Iron ore index hit $164.15 per ton, up 76 percent since the start of the year, its highest level in nearly nine years.

"The rise has been so big and fast that it has deviated from the fundamentals of supply and demand, and greatly exceeded the expectations of steel mills, showing obvious signs of capital speculation," Luo Tiejun, vice president of the China Iron and Steel Association (CISA), said at an industry conference on Saturday, media reported.

"Such high proportions reflect the effective control of the epidemic in China, which boosted strong demand. As the pandemic in other countries gradually improves, the proportion of China's output will gradually decline," Luo said in November during an industry conference.

Luo also noted that as speculation in the iron ore market is expected to decline, iron ore prices will show a downward trend in 2021.

From January to September this year, China's crude steel output was 782 million tons, a year-on-year increase of 4.5 percent, showed statistics. The average daily output in September was 3.085 million tons, the highest level ever for a single month.