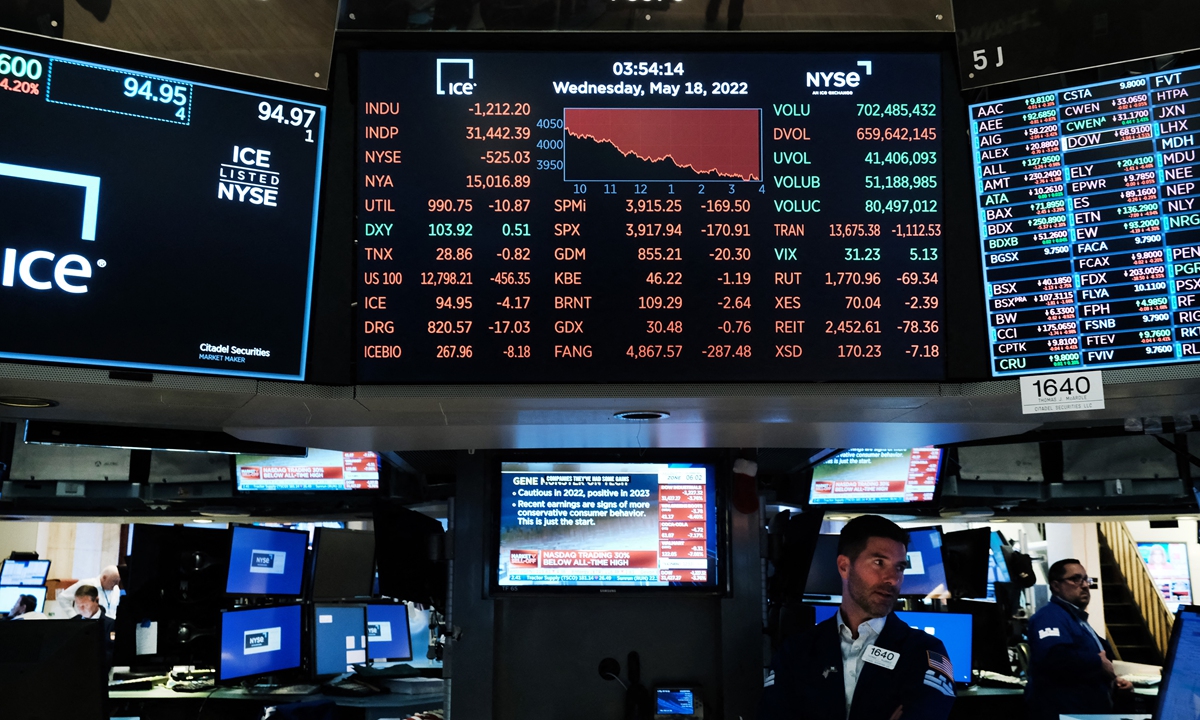 China's stock markets stabilized quickly on Tuesday after a short period of panicked selling, as Chinese mainland A shares rose against the stream of an overnight Wall Street share plunge and the ensuing nosedive on global stock markets.

Market observers said the rise in mainland shares is an extremely encouraging signal of China's ability to withstand, if not being entirely immune to, blows from US economic fluctuations, as market confidence was consolidated recently by China's improving economic data and the Chinese government's forceful rollout of supportive policies to help the economy get back on track.

By the end of trading on Tuesday, the benchmark Shanghai Composite Index rose by 1.02 percent to 3,288.91 points, while the Shenzhen market edged up by 0.2 percent to 12,023 points. Both markets opened lower, and the Shanghai index slipped below 3,200 points during the morning session at one point.

The A-share market's decline in the morning was interpreted by market analysts as being triggered by a mood of panic after US stock markets experienced an overnight bloodshed. On Monday, Wall Street's S&P 500 tumbled by 3.9 percent to a new low this year in what overseas media described as entering a bear market and the Dow Jones fell more than 875 points. The NASDAQ slid 4.7 percent.

The tumble was an instant reaction to the news that the surging inflation in the US is yet to peak, which could prompt the US Federal Reserve to hike interest rates by three-quarters of a point this week, several US media outlets reported.

It is worth noting that mainland stock markets are one of the few markets in major global economies to report a rise despite the US stock rout. The Nikkei 225 Index was down 1.32 percent as of press time, the KOSPI Index in South Korea was down 0.46 percent. Hong Kong's Hang Seng Index rose by 0.065 percent on Tuesday.

The stability and resilience of China's stock markets are a vivid reflection of global investor confidence in China's economy, as they are pouring capital into the market which they depict as having the least risks for hedging against risks in other markets, experts said.

"The US and European economies have not performed well, while the continuous economic competitiveness of the Japanese market is also being questioned with the yen exchange rate plunging. In comparison, the Chinese market is currently a low-risk market with the most certainty in the world," veteran macro economist Tian Yun told the Global Times on Tuesday.

The "certainty" and preferably the bright prospects of China's economy have already been reflected in some improving economic data in May, such as a 57.6 percent month-on-month growth in car sales, as well as PMI data, which rose 2.2 percentage points to 49.6 compared with April's 47.4, according to the National Bureau of Statistics.

Besides, the easing of the coronavirus situation, in addition to the government's forceful arrangement of stimulus policies, which are being rolled out in a concentrated manner, add to market anticipations for a further economic rebound, experts said.

"Theoretically, interest rate hikes in the US would cause capital to flow out from China back to the US. But this might not happen this time, as investors have more confidence in the Chinese market than in the US, when US financial assets from stocks to bonds are dropping in price," Hu Qimu, chief research fellow at the Sinosteel Economic Research Institute, told the Global Times on Tuesday.

According to Hu, the major influence of a US interest rate hike on China should fall on the trade sector, as the US is a major source of China's overseas demands. But the impact would still be limited as China has been mounting efforts to reduce reliance on foreign trade, while the central government has launched a series of policies to support trade companies, such as emphasizing the equality of the internal/external trade system, which would help companies sell more easily to domestic customers to replenish any foreign trade loss.

Dong Shaopeng, a senior research fellow at the Chongyang Institute for Financial Studies at the Renmin University of China, told the Global Times on Tuesday that although China will be affected by US stock market fluctuations and the measures to ease the US' high inflation, the pressure is limited and mostly showing on investors' mentality instead of on the real economy.

"China has implemented a loose monetary policy since the Trump administration, while its fiscal resources are relatively abundant," Dong said. "Besides, China is able to obtain financial resources from various fields in the public sector, which is our systemic advantage."

Experts noted that many of the US' economic problems, like rising inflation, are caused in part by the country's own policies, and the US will have to taste its own medicine when the aftermath of such policies is prolonged.

For example, the Russia-Ukraine conflict, in which the US plays a leading role in intensifying by such means as sanctions against Russia, are causing a rise in global energy commodity prices.

"The US government does not have the capacity to persuade its domestic energy companies to increase supplies or expand production, nor could the US government stop the spread of energy price inflation to the consumption end. Therefore, its residents have to bear the hiking energy prices," Hu said.

The US' penalty tariffs on Chinese goods, as well as the Fed's quantitative easing policies after the pandemic first broke out in the US, also led to the inflation, experts said.

According to Hu, interest rate hikes might help solve inflation problems to a certain extent, but they will bring about new problems, such as suppressing consumption that is supposed to be a major pillar for economic recovery. The financial sector will also be hit by the policy.

Citing problems like these, economists in China and abroad are pessimistic on US economic prospects. For example, Morgan Stanley CEO James Gorman said Monday at a financial conference that he saw a 50-50 odds of a US recession ahead, according to CNBC report on Tuesday.

Dong Shaopeng said that a recession in the US is inevitable, as inflation without a solution will cause stagflation and further drag down economic growth speed.

An expert, who preferred to remain unnamed, told the Global Times on Tuesday that he thinks the US will have to struggle to get out of trouble, when the country faces both a chaotic international order and unexpected challenges like the coronavirus, in addition to twisted, shortsighted policies, like their trade policies toward China.