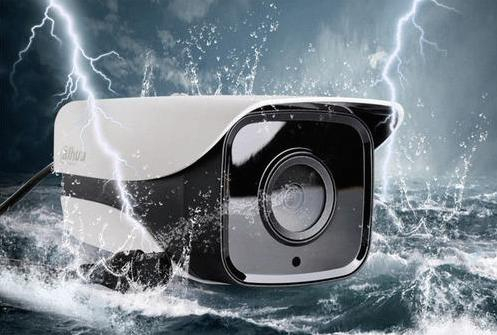 China is now the world's largest video surveillance equipment producer, providing more than half of the market's video camera products.

One of the manufacturers, Dahua Technology, is setting up business throughout the world. With the Free Trade Agreement in 2006, China and Chile have seen increased cooperation, with companies like Dahua benefiting.

Now sightseeing in Santiago may be safer than ever before. That's because there's ubiquitous surveillance on the local streets. Dahua is one of the main producers of these products.

Qian Hongming, the general manager of Dahua Technology Chile said that the company's Chilean subsidiary was set up in the second half of 2015, and the products are now being used by local mining industries, police, government, and even the air force.

Compared to similar products from developed western countries, Chinese-made products are usually cheaper, and just as reliable, which has contributed to Dahua's 40 percent market share in Chile. Basically, about 99 percent of Dahua's products are independently developed and produced by themselves, and Dahua has its own research and development team and factories to develop and produce their core components, Qian added.

Juvenal Medina, a local security chief in a suburb of Santiago said the Dahua surveillance products are widely used in maintaining local security management, and street crimes have dropped by 97 percent so far since the cameras and the surveillance system were put into use.

So what are the keys to Dahua surveillance products being accepted in the local market?

Qian pointed out the localization of management and cooperation is behind them. In recent years, Dahua has being working closely with local companies as their strategic partners. Combining the advantages of both sides, Dahua and the local companies can jointly make their market well-developed for win-win results.

Xu Bu, the Chinese Ambassador to Chile noted that there is a huge space for the two countries to do a lot more. The business cooperation started to boom in 2018. The effects of the Belt and Road Initiative are being seen from these substantial business projects like port construction and high tech industries, as well as plantations.

Besides, Xu added that because the next year 2020 will mark the 50th anniversary of the establishment of diplomatic ties between Chile and China, the two sides have been also discussing to hold a series of cultural and people-to-people exchanges for the bilateral cooperation can be promoted to a higher level.

Meanwile, the protocol to upgrade the China-Chile Free Trade Agreement entered into force on March 1 of this year, which is the first upgrade Free Trade Agreement between China and Latin American countries. With the further upgrading of the FTA between the two sides, it has covered various fields such as technology, trade in goods and services, e-commerce and government procurement, guaranteeing important support for the comprehensive strategic partnership between Chile and China.