Chinese tech company Meitu, famous for its photo editing applications, disclosed on Sunday that it made an investment, purchasing aggregately 40 million dollars' worth of crypocurrencies on Friday. 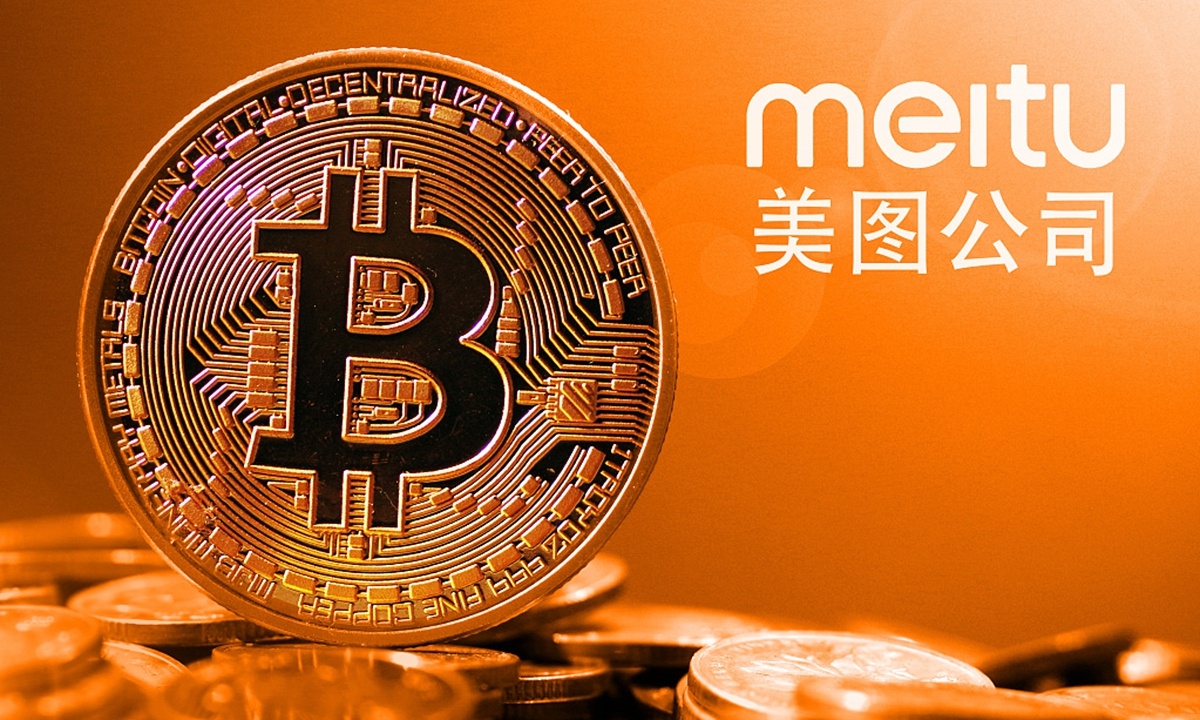 Chinese tech company Meitu disclosed on Sunday that it made an investment, purchasing aggregately 40 million dollars' worth of crypocurrencies on Friday.Photo: VCG

Shares of the Hong Kong-listed Chinese mainland company opened 14.39 percent higher on Monday at a price of 3.1 Hong Kong dollars which later pared its earlier gains.

Meitu announced the company purchased 15,000 units of Ether and above 379.12 units of Bitcoin in open market, costing respectively $22.1 million and $17.9 million of its existing cash reserves.

Cai Wensheng, the founder and chairman of Meitu, posted on his WeChat's moment that the company will continuously distribute resources in blockchain technology development and the purchase of Bitcoin and Ether adds the value reserve for the business, Chinese media the Paper reported.

An industry insider, who spoke on condition of anonymity, told the Global Times on Monday that Cai had bought digital currencies back in around 2016 and has made a fortune. And the firm's purchase marks the first time that a Chinese mainland-based company openly buys digital currency, not only Bitcoin but also Ether.

"The strategy is similar to US company Microstratey, which bought about 5 percent share of the global bitcoins betting on the currency's future prospect. It also comes on heels of Tesla’s similar purchase," the insider said, adding that the move would make Meitu’s share price highly connected with the digital currency market.

According to the public announcement, Meitu takes the purchase of Bitcoin as "a good alternative source of value" and "by allocating part of its treasury in cryptocurrencies can serve as a diversification in holding cash (which is now facing depreciation pressure due to aggressive money supplies by global central banks)."

"Following Tesla's recent action, listed tech companies are joining the trend of distributing treasury in crypocurrencies investment," Chen Bo, director of the Digital Finance Research Center at the Central University of Finance and Economics, told the Global Times on Monday, adding that the stock rallying is impacted by the market moves.

Some Chinese blockchain companies that hold significant crypocurrencies including Bitcoin which would not disclose details on their holdings, Chen noted. More Chinese tech companies may purchase crypocurrencies but hardly will reveal the amount of their purchase on the concern if the investment in crypocurrencies is legal or not under the current law.

Chen said that Meitu has shown interest in blockchain technology development previously and even had plans to issue crypocurrencies although things didn't go as planned.

Investment in Bitcoin shows that the company maintains a bullish attitude toward the crypocurrency on its future appreciation room but it's not a sensible way to avoid risks due to its volatility, according to Chen.

Meitu reveals that it hopes to enter the blockchain industry by investing in Ether which is required to be consumed on the Ethereum platform, a robust network for decentralized applications (dApps). dApps covers a range of areas including games and social media. The company is evaluating the possibilities of integrating blockchain technology with its overseas businesses and looking for suitable investment in oversea blockchain-based programs.

The monthly active users of Meitu's apps stand at 295.4 million in June 2020, according to the company. Chen pointed out Meitu's advantages in development lies in its large user base.