As China's A shares continue to roar, the latest Chinese stocks on NASDAQ also rocketed on Wednesday. 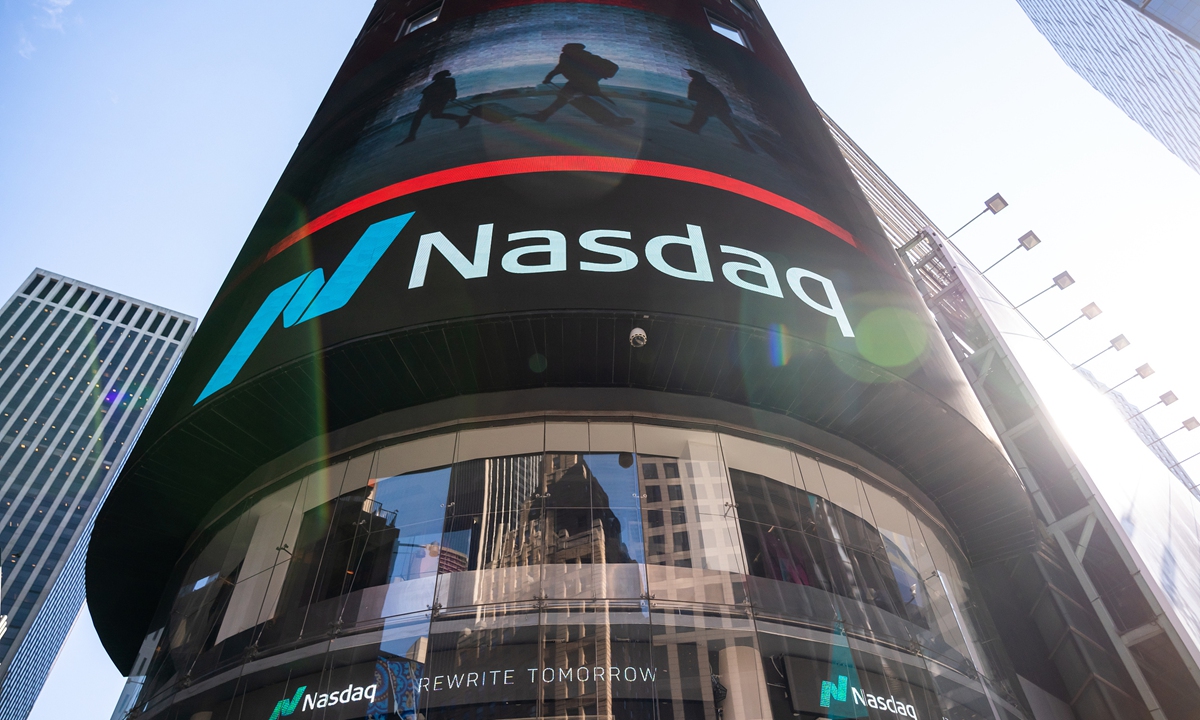 53 ratings agencies have made predictions for Alibaba's stock price, with the average estimation at $265.63 and the highest reaching $319.01.

While the Hong Kong Hang Seng Index was up 0.85 percent at opening on Thursday, Alibaba rallied 7 percent.

On Wednesday, Alibaba's financial division Ant Financial denied media reports that it would seek a listing on the Hong Kong stock market as soon as this year and that its target valuation was more than $200 billion, the company told the Global Times.

Stocks of e-commerce giant JD.com soared by 6 percent on NASDAQ on Wednesday, with its market value surpassing $100 billion.

Shares of NEV start-up NIO roared by 15 percent but had fallen 2.57 percent by the market's close.

BlueCity Holdings, owner of China's biggest dating app for gay men, rang the NASDAQ opening bell in celebration of its IPO on Wednesday, with its stock price closing at $23.43.

The NASDAQ Composite gained 1.44 percent, its sixth positive session in seven trading days. The S&P 500 was up 0.78 percent and the Dow gained 0.68 percent.

"The main reason for the increase is international investors' confidence in China's economic recovery as the country has contained COVID-19," Liu Xuezhi, a macroeconomics expert at the Bank of Communications, told the Global Times, adding that China's GDP growth rate in the second quarter may recover to positive territory.

He noted many rallying Chinese stocks on NASDAQ are those of internet giants that provide platforms for China's online economy boost amid the country's increasing efforts to develop its new infrastructure initiative.

The excellent performances of Chinese companies on NASDAQ echoed the positive trend of the Chinese stock market.

Following a sudden rally on Monday, Chinese shares continue to rise as investors seize the opportunity of what they believe is the beginning of a bull market like that seen in early 2015.

Just half an hour after markets opened on Thursday, the turnovers of the Shenzhen and Shanghai stock markets hit 470 billion yuan ($67.2 billion), increasing 40 billion yuan compared to the same period on Wednesday. Semiconductor, military-related and tax-free shares opened high on the Chinese stock market on Thursday.

Chinese stocks also performed well on Wednesday, with the Shanghai Composite Index closing above the 3,400-point level, up 1.74 percent, while the Shenzhen Component Index rose 1.84 percent to 12,406.37 points.

However, Liu suggested investors should stay calm and avoid being overoptimistic.

"We should remain alert about the rising stocks as once they diverge from the fundamentals, a bubble will appear," said Sun Lijian, director of the Financial Research Center at Fudan University.

He told the Global Times that the Chinese government's support of tech-powered economic upgrading has greatly reassured investors about the potential risks on the capital market, but the capital flow direction remains pessimistic as new orders have not increased and global currency policies are generally loose amid the COVID-19 pandemic.