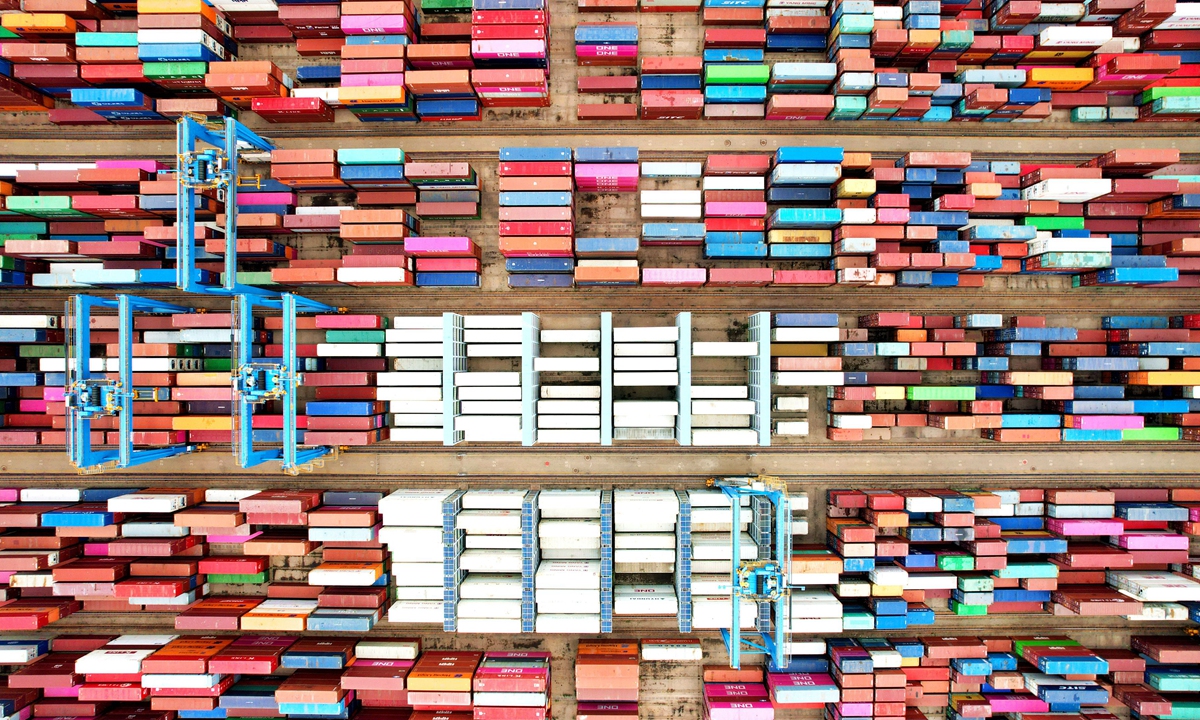 Chinese traders are taking an active approach by adjusting production capacity and diversifying their markets in response to weakened consumption in the US, where inflation is elevated and cannot be easily tamed shortly.

Experts predict the situation could worsen in the second half of the year, as the runaway inflation continues to sap the US' economic recovery.

The US' increasingly weak consumption is shaking the pillar status of the US market among Chinese traders and producers, and some of them the Global Times reached on Monday are mulling cutting production capacity or diversifying export destinations to limit the impact.

Zhou Peng, a manager with Yiwu Pengyuan International Freight Forwarder based in Yiwu, East China's Zhejiang Province, told the Global Times on Monday that orders from the US clients have dropped significantly in the past few months because of high inflation.

The US is an important market for Zhou's company, a trader on e-commerce platform Amazon.

"We've seen a cut in orders by a third, involving a wide range of products. We are cutting production capacity to mitigate our losses," Zhou said.

A Ningbo-based trader, who is also dealing with the US' weakening consumption, told the Global Times that his company is looking to markets such as Southeast Asia and Europe, as well as China's domestic market, instead of overly relying on any single market.

The University of Michigan said in a recent survey that US consumer sentiment plunged to a record low in June.

The survey by the University of Michigan found sentiment was quite "dismal," which indicates consumption in the US will be at a low level in the second half, and now the question is whether the US economy is heading to a recession, He Weiwen, an executive council member of the China Society for World Trade Organization Studies, told the Global Times on Monday.

The sluggish demand is partially reflected in the 38 percent drop in the sea freight rate between ports in China and the US in June on a monthly basis, and a 36 percent drop in the numbers of containers shipped from China to the US, according to industry information platform Freightwaves.

In a statement Maersk sent to the Global Times on Monday, the company said they continue to make progress in reducing their exposure to spot freight rates while bringing more customers into a contractual relationship.

"We expect market normalization in the second half of 2022, but inflation and high energy prices may impact market volumes and thus it is still uncertain when the market situation normalizes," Maersk said.

Although US inflation continues to cast a shadow on China-US trade, industry insiders and experts are cautiously optimistic about the whole-year bilateral trade.

From January to May, China's export volume to the US reached 1,509.75 billion yuan ($225 billion), a year-on-year increase of 12.9 percent, making the US the third major trading partner with China after ASEAN and the EU.

Currently, big spending such as on home appliances may not be good in the US market, as people are postponing their "not-too-urgent" consumption as inflation starts to bite, but labor-intensive products like toys and textiles, which are important in the bilateral trade, are still doing well, He said.

"We are cautiously optimistic about whole-year exports to the US," he noted.

Cai Qinliang, secretary-general of the Industry Association of Christmas Supplies in Yiwu, told the Global Times on Monday that the US inflation has little impact on Yiwu's trade of Christmas-related goods, since the US only takes a small proportion of Yiwu's global market share.

"Moreover, in 2021, when freight rate was at a historic high, clients in countries such as the US reduced imports. But importers' stocks soon ran out, and they are ramping up imports this year. So far, we have seen a 5-percent increase in orders year-on-year," Cai said.