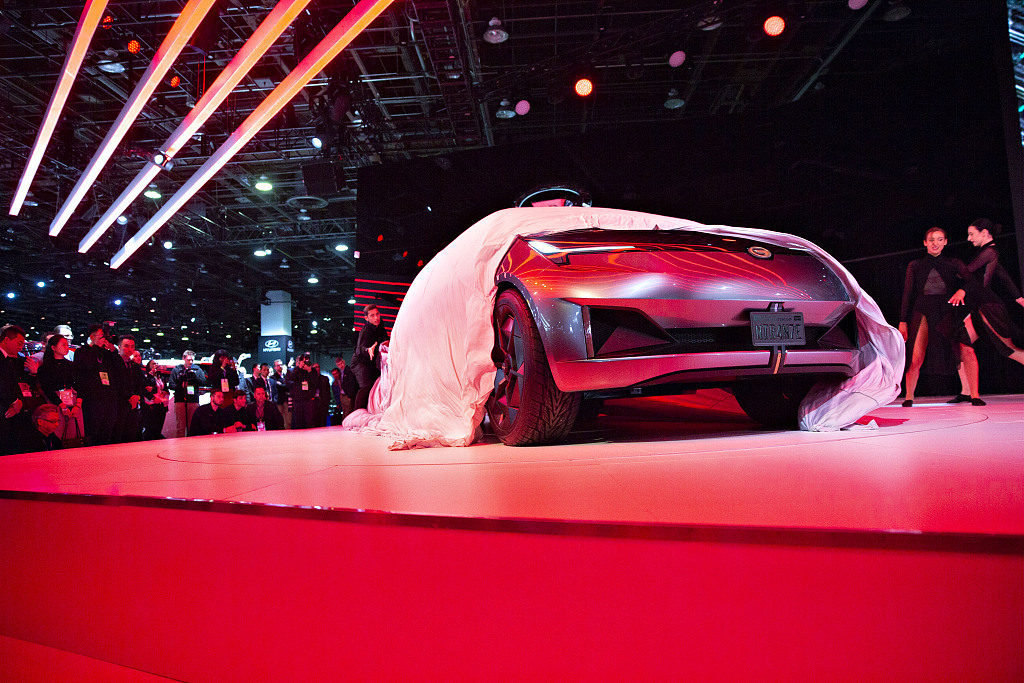 This is the fifth time for the Chinese Guangzhou Automobile Group (GAC) Motor to attend the auto show. The company is working to get its vehicles ready for the US market and plans to begin sales in the first half of 2020.

In 2013, when GAC Motor attended the show for the first time, it rented a small space oUSde the main exhibition hall with only two cars on display.

Now the automaker based in the southern Chinese city of Guangzhou has announced that it would become the first Chinese automaker to sell Chinese-branded vehicles in the United States.

GAC Motor has already established a sales company and opened three research and development centers in the United States, two in California and one in Michigan, which laid the groundwork for setting up a US dealer network in the future.

The company is working with US regulatory agencies to ensure its compliance with requirements, GAC Motor President Yu Jun told Xinhua on the sidelines of this year's auto show, scheduled for Jan. 14-27.

Yu added that once the US regulators confirm that the vehicles are ready, GAC Motor would begin to carry out its dealers and financing operation.

He believes the GAC vehicles have now met the US regulatory standards, while progressive refinement is still in process.

At last year's Detroit Auto Show, some 130 dealership representatives expressed their interest in acquiring a GAC dealer franchise, YUSid, adding that "there have been ongoing discUSons with them" who represented 30 states and more than 1,100 dealers in the United States.

With the same eagerness as GAC Motor has for entering the North American market, US automakers also see great opportunities in China.

"China for us is a relatively small part of our business, so it really represents a significant opportunity. What we're working on is how to unlock that opportunity for us," said Mike Manley, CEO of Fiat Chrysler Automobiles.

China surpassed Japan to become the world's second-largest vehicle market in 2006, and overtook the United States to become the largest in 2009. In late 2018, several multinational automobile manufacturers forged partnerships with Chinese manufacturers to make cars in China.

The US tariff hikes on imports and the countermeasures taken by countries in 2018 cast a shadow over automakers worldwide at the show.

"Tariffs will be difficult for us. There is no such thing as an American made car," said Jim Lentz, CEO of Toyota Motor North America.

"This industry is extremely important to the US economy, so it's important that we're able to compete with the rest of the world and keep costs down," Lentz said.

Almost all big automaker executives expressed a certain relief seeing that the trade issue between China and the United States is moving into a new, calmer phase.

"I'm pleased that we're entering into a period where the discusons are going to start up again and we'll see what happens there," Manley told Xinhua.

The good news is that both sides have agreed to "stand down, to not change tariffs, to work together," said Ford CEO Jim Hackett.

Herbert Diess, CEO of the Volkswagen Group, believes that improved relations between the world's two largest economies will benefit not only both countries, but the global economy.