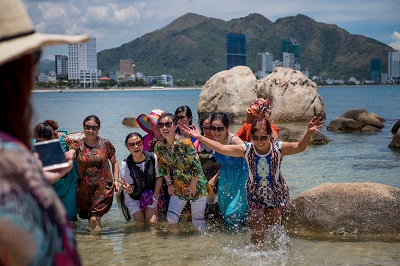 Vietnam received roughly 3.6 million Chinese visitors between January and November, posting a year-on-year surge of 44.9 percent, the Vietnam National Administration of Tourism said on Wednesday.
Vietnam welcomed a total of more than 11.6 million international arrivals, up 27.8 percent on-year, with the highest growth of 55.3 percent in the number of visitors from South Korea, followed by China (up 44.9 percent) and Russia (34.8 percent), partly due to Vietnam's hosting Asia-Pacific Economic Cooperation (APEC) Year 2017, including the APEC Leaders' Week in November in central Da Nang city.
Of the international arrivals in the 11-month period, roughly 9.9 million came to Vietnam by air, up 31 percent; over 1.5 million by road, up 16.2 percent; and 230,500 by sea, down 7.7 percent. 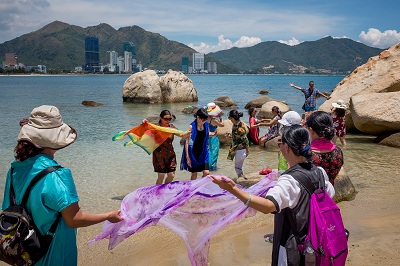 Meanwhile, nearly 8.8 million visitors are from Asia, up 32.6 percent; over 1.7 million from Europe, up 17 percent; 745,500 from the United States, up 10.9 percent, 384,900 from Oceania, up 13.7 percent, and 31,900 from Africa, up 27.1 percent.
Vietnam is actively promoting its major tourist sites in Chinese cities and cooperating with local authorities to handle poorly-performing travel agencies, hoping to lure some 4 million Chinese tourists out of 13 million foreign visitors this year, said the administration under the Ministry of Culture, Sports and Tourism.