As a popular Chinese saying goes "there is no problem that cannot be solved by eating hot pot. If there is, then have two!" 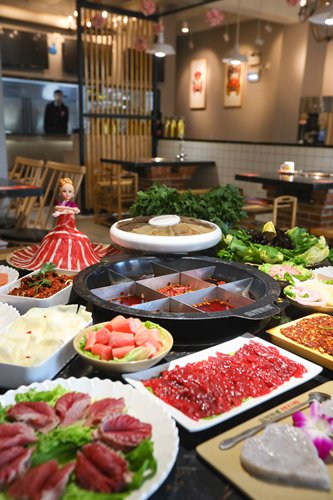 As a traditional cuisine, hot pot has long enjoyed popularity among Chinese. The domestic hot pot sector grabbed 13.7 percent and ranked first in the Chinese cuisine market in 2017, followed by the dishes of Southwest China's Sichuan Province which took a 12.4 percent market share and Cantonese food from southern China which held 8.2 percent, according to a recent report released by iiMedia Research.

The hot pot market is forecast to exceed 700 billion yuan ($103 billion) by 2020, the report said. Women accounted for 58 percent of hot pot consumers in 2018. People born after the 1980s are the major force of hot pot consumption.

Some problems persist in the sector such as food safety issues, homogeneous competition and lack of market research, Wu said.

Domestic hot pot companies are expected to expand in the market in a rational way and nurture hot pot brands, according to the report.