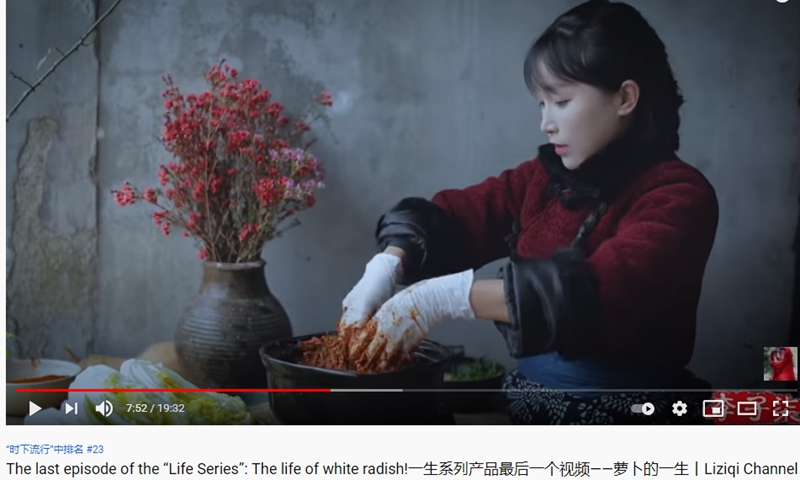 Famed Chinese YouTuber Li Jiajia, online named Li Ziqi, has officially moved to sue her Multi-Channel Networks (MCN) partner company after she stopped updating videos for some time, arousing speculations among global media as to what happened to the 31-year-old woman who attracts most subscribers for a Chinese-language channel on TouTube.

According to information posted on tianyacha.com, a Chinese portal specializing in corporate background information analysis, the Sichuan Ziqi Culture Communication Co had filed a lawsuit against Hangzhou Weinian Brand Management Co which owned her image, as well as the company's legal representative Liu Tongming.

The lawsuit was filed on Monday to the Intermediate People's Court of Mianyang city in Sichuan Province.

This is not too much of an unexpected result after Li stopped publishing new content since mid-July, fuelling speculations on social media platforms as to whether Li and Weinian have conflicts or legal disputes between them.

Earlier, Li said in an interview with China's CCTV that she did not want to be "overly commercialized". She also disclosed on August 30 that she had reported to police, though not giving a clear explanation as to why she did so.

Li is noted for creating online videos that are famous for displaying China's agricultural life including traditional foods and antiques. She had 16.3 million subscribers on YouTube.