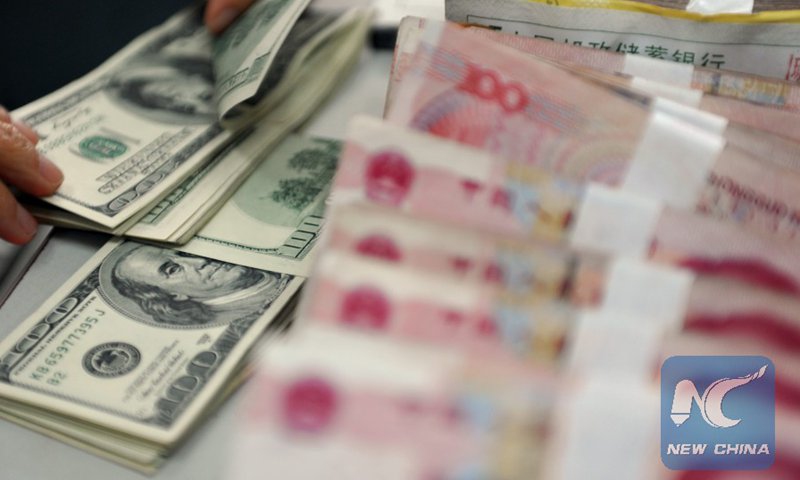 Chinese domestic currency's global footprint could be expanded further provided the implementation of more currency swap programs that allow the New Development Bank (NDB) to issue yuan-denominated loans to economies of the BRICS countries; that is, Brazil, Russia, India, China and South Africa, the NDB bank's vice president told the Global Times in a recent interview.

The vice president's comments came as the importance of the yuan's internationalization, which includes reducing an over-reliance by China on the US dollar-based system to contain the damage of potential US sanctions to Chinese institutions, has been repeatedly stressed by China's financial magnates in the past week.

The NDB is a multilateral development bank set up by the BRICS group of major emerging economics in 2014, with a focus on financing infrastructure development in emerging markets and developing countries.

The bank is equally owned by the five countries, meaning that each country has an equal say in the running of the institution and its lending activity.

"Theoretically the NDB could provide loans in yuan to South Africa, or to Brazil, but then we need to deepen the swap market between [BRICS] countries," Leslie Maasdorp, vice president and chief financial officer of the NDB, told the Global Times in a recent interview.

Maasdorp described the International Monetary Fund's inclusion of the yuan in its Special Drawing Rights in 2016 as a culminating moment for China's internationalization ambition for the yuan.

For the yuan to be an effective counterweight to the US dollars, the former needs to represent a much larger base, as the latter remains large in terms of its size in overall global foreign exchange activity, Maasdorp said.

Currently, around 65 percent of NDB's loans are denominated in US dollars, while 35 percent are in the domestic currencies of the BRICS countries, according to Maasdorp.

The importance of yuan's international drive was repeatedly mentioned by regulators and top think tanks recently as the China-US rivalry escalates to new heights almost every day.

Fang Xinghai, vice chairman of the China Securities Regulatory Commission, called for effective planning and patience for the international environment to be ripe before further promotion of the yuan.

Fang said at a recent forum that China's dependence upon the US dollar for international payments put it in a position of vulnerability considering potential sanctions by the Trump administration.

Zhu Min, a top academic in China and dean of the National Institute of Financial Research at Tsinghua University, noted at a recent forum the importance to promote the yuan's use in projects under the framework of the China-proposed Belt and RoadInitiative, of which most of the investment and loans still use US dollars.

In fact, the Chinese yuan already has the world's largest currency swap coverage, according to Zhu.

However, there might be some risk related to the current period of potential decoupling between China and the US that might impact on the pace of the yuan's expansion, Maasdorp said.

"But for such a trend that takes a very long time to unfold its pattern, it would be too difficult to predict at this very early stage the impact of the changed global economic environment," noted the NDB executive.

The direction of change is clear: the Chinese yuan will continue to increase its use as a currency of reserves, and will only become more popular in international trade, investment scenarios, and foreign loans, noted Maasdorp.