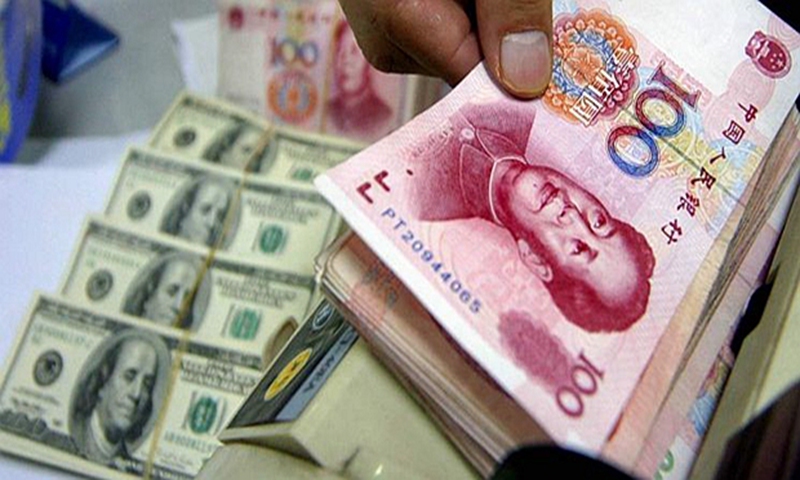 The Chinese currency yuan's central parity exchange rate rose 397 basis points to 6.7825 on Wednesday, the highest level since May 2019, and marked the highest increase since April this year. Experts said yuan is showing an appreciation trend as China's economy rises and the dollar is battered by the coronavirus.

The offshore renminbi exchange rate against the greenback, which reflects international investors' expectations, rose above the 6.77 level as of the press time on Wednesday.

As the world's second-largest economy is recovering steadily and attractiveness of yuan asset is growing, the Chinese currency is changing to an appreciation trend from the previous dollar downward leveraging mode, an expert said.

"Under the background of Fed's quantitative easing policy, the appreciation of Chinese yuan has injected confidence thanks to the country's successful containment of the COVID-19, fast resumption and steady economic recovery," Dong Dengxin, director of the Finance and Securities Institute at the Wuhan University of Science and Technology, told the Global Times on Wednesday.

Dong also tied the appreciation to the stability in the Chinese economy and society as well as the determination on further opening up, noting that this year's limit cancellation of overseas equity ratio in financial institutions will promote the attractiveness of yuan asset.

The strong renminbi exchange rate will enhance the attractiveness of yuan assets, and the continuous inflow of foreign capital will give support to the domestic stock market, according to experts.

In addition, Dong noted the effect of China's efforts to stabilize foreign trade is outstanding. "The increase of foreign exchange reserves laid the foundation and the growing trade surplus shored up the yuan's appreciation."

As of Tuesday, the offshore and onshore spot yuan against the greenback both rebounded by about 4,000 basis points compared with the end of May, leading to an increase of more than 5 percent.

Guan Tao, chief global economist at BOC International (China) Co, wrote on financial media Yicai that yuan's exchange rate has moved to a balanced and reasonable level which is a different cycle at present.

In the next step, both ups and downs and two-way fluctuations will be reasonable as the currency tends to be balanced and reasonable, Guan said, adding the appreciation might be tremendous instead of small on the basis of a more flexible currency mechanism.

Since this year, the cumulative appreciation of spot yuan against the US dollar reached nearly 2.8 percent.