China recognizes the strategic significance of developing its own core technology in the semiconductor sector, and the US announcement of a ban on its chipmakers selling equipment to Chinese telecom company ZTE Corp has brought a slew of discussions as well as media commentary on the issue. 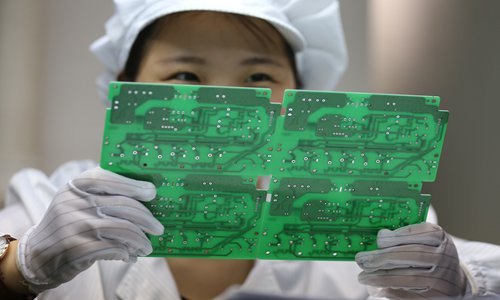 An editorial by People's Daily, the flagship newspaper of the Communist Party of China, said on Thursday that "faced with the technology gap, we should be neither blindly pessimistic, nor filled with irrational emotions, but should develop a rational and self-reliant mind-set."

Another front-page article by domestic news site stcn.com on Thursday described domestic firms' reliance on chips made by overseas firms as the "Achilles' heel" of China, an obvious weakness among the many achievements in technology-based sectors such as online shopping, artificial intelligence (AI), bike sharing and other thriving industries.

According to an analysis that Beijing-based AI-focused website Ai Era sent to the Global Times Thursday, one area in which there is a major gap between China and foreign countries in chip making is in integrated circuit (IC) design, with leading companies such as Intel and ARM taking a more iterative approach to improving chip performance.

China's IC industry has been evolving in recent years but the IC design process is largely dependent on foreign companies due to the lack of an iterative approach domestically, according to Ai Era. 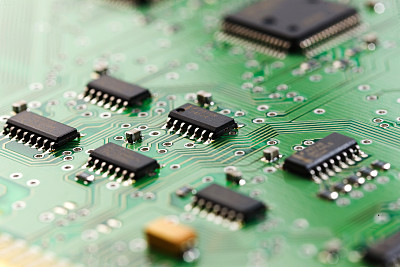 In addition, as foreign-produced chips have better performance and lower prices, Chinese companies are unlikely to wait for domestic chipmakers to make breakthroughs in design and catch up with their foreign rivals.

China remains deeply reliant on chip imports. The IC products that China imported in 2017 were worth $260 billion, with homegrown supply accounting for only 38.5 percent of market demand, data from the China Semiconductor Industry Association showed.

Liu Kun, vice general manager of the IC Industry Research Center at CCID Consulting, told the Global Times Thursday that another problem lies in the reliance of domestic down-stream firms on solutions that foreign chipmakers can offer.

"We have made some mature chips such as Huawei's Kirin 970 AI chip, but few domestic firms are willing to use homegrown ones because it means they have to abandon the former solutions," Liu said.

Taking as an example the home appliance industry, in which chips are a key component, Liu suggested that coordination between domestic chip manufacturers and down-stream firms should be further promoted, especially at the government level. 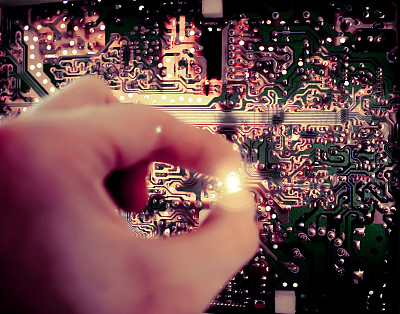 The relative lack of input into research and development (R&D) for chip making has also impeded the growth of the industry, according to the Ai Era analysis.

Since the launch of two related national funding projects in 2008, the average annual R&D investment has been about 4-5 billion yuan ($638-798 million), which is less than 8 percent of the amount spent by Intel alone, it noted.

The basic technology will require a long period of painstaking efforts, and investment in this area should not be neglected any more, the stcn.com report said.

Hu Weiwu, president of Loongson Technology Corp, a Beijing-based chipmaker, told the Global Times Thursday that there is a striking imbalance between the amount of people getting involved in basic research and those who are pouring into the application technology sector.

"The lack of cultivation of computing engineers and an engineer culture are especially obvious, although we have plenty of IT talent," the executive said.