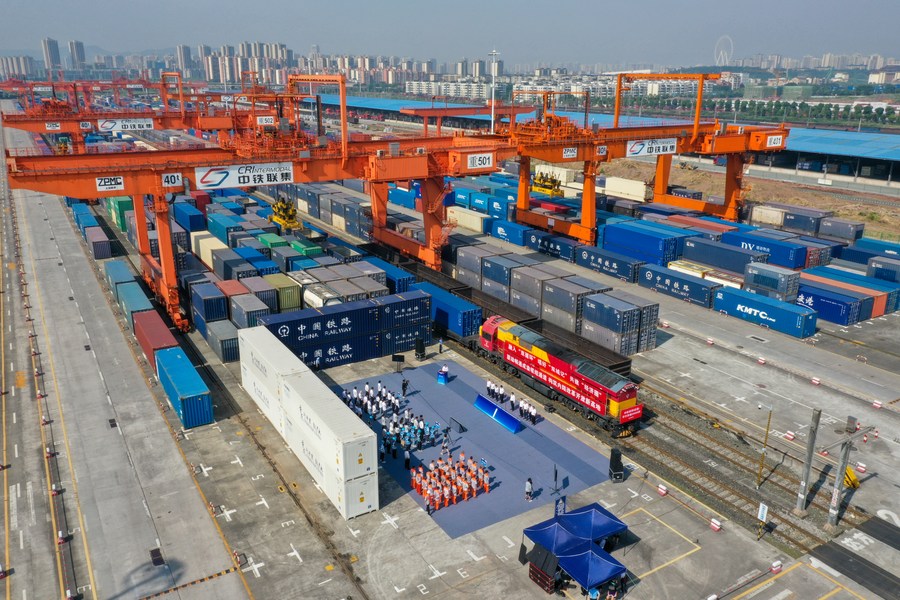 CHONGQING, Sept. 24 (Xinhua) -- The foreign trade of southwest China's Chongqing Municipality grew 10.4 percent year on year to reach 560.43 billion yuan (about 80.15 billion U.S. dollars) in the first eight months of 2022, according to the city's customs authorities.

During the period, Chongqing's foreign trade with the Association of Southeast Asian Nations, the European Union and the United States went up 5.6 percent, 4.1 percent and 4.1 percent, respectively, from the same period last year.

Meanwhile, the municipality's trade with other members of the Regional Comprehensive Economic Partnership grew by 14.7 percent year on year, while its trade with countries along the Belt and Road registered a year-on-year increase of 9.1 percent.