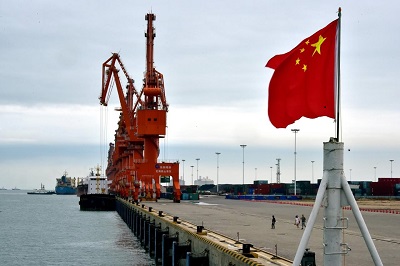 A leading Chinese investment firm Monday raised its forecast for China's economic growth in 2018, citing optimism on consumption and investment in property and manufacturing.

The China International Capital Corporation (CICC) raised its forecast for China's 2018 real GDP growth to 6.9 percent year-on-year, compared with the current consensus forecast of 6.4 percent, according to a report from the company.

"We are more optimistic on the growth of consumption, property investment, and manufacturing capex [capital expenditure] compared with the consensus view," the report said.

For 2019, the CICC expects real GDP growth to remain robust at 6.8 percent.

Major international institutions and investment banks, including the IMF and the World Bank, have raised their forecasts for China's growth this year.

In a report released earlier this month, the IMF raised its forecast for China growth for the fourth time this year, predicting China's economy to grow 6.8 percent this year and 6.5 percent next year, both 0.1 percentage points higher than previous forecasts.

China's GDP expanded 6.9 percent in the first three quarters compared to the same period last year, holding steady from a 6.9 percent growth in the first half despite a slightly slower 6.8 percent increase in the third quarter, official data showed.