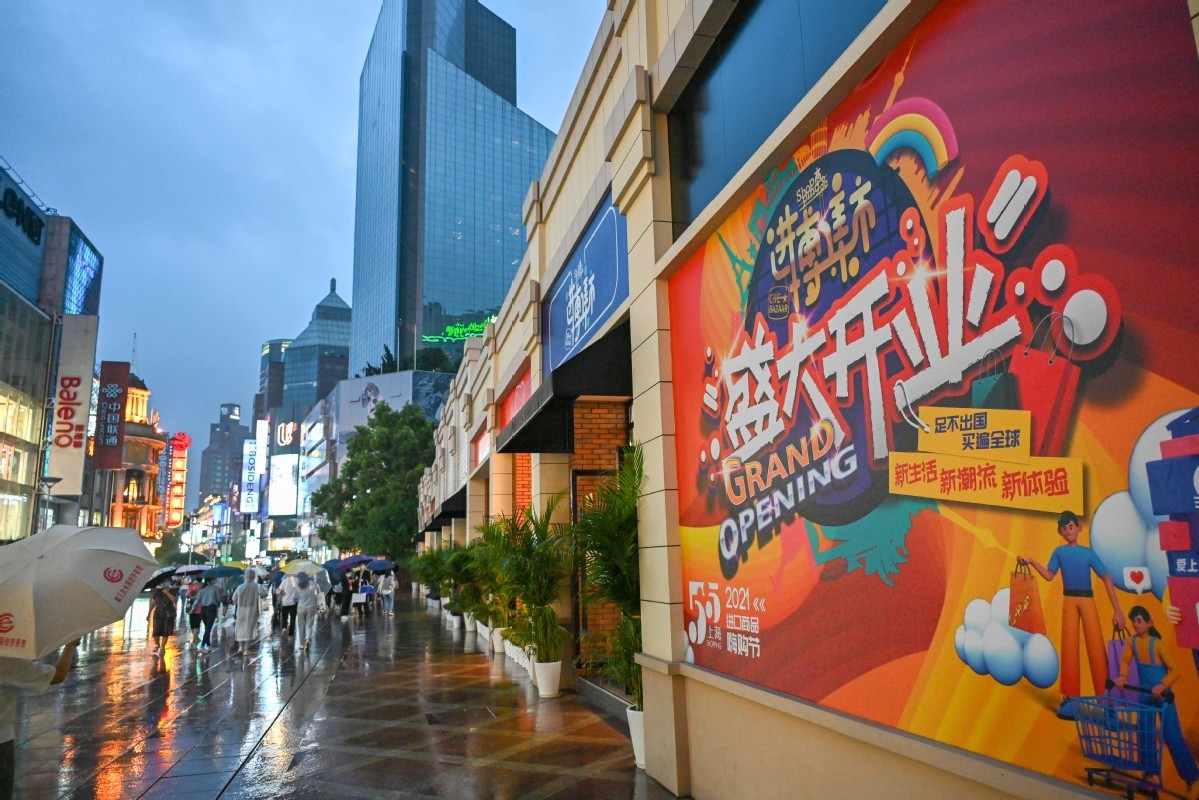 A poster of the China International Import Expo market is seen along the Nanjing Road in Shanghai on July 28, 2021. (Photo: IC)

Including wool tapestries from Iran, herbal lotion from South Africa, and craft beer from Belgium, the CIIE bazaar showcased more than 5,000 products from 40 countries and regions. These products are either exhibited at the CIIE or are featured products from their own countries. The bazaar has 19 national pavilions as well as special areas for luxury products, jewelry, CIIE cultural and creative products and gourmet foods.

Since its opening in April, average daily sales have surpassed 150,000 yuan ($23,130), with 10,000 visitors every day, Xue said, adding the CIIE bazaar has become a new window for foreign institutions in China to show their image.

Products sold well at the CIIE bazaar. During peak hours such as holidays, it's normal for overseas exhibitors to replenish stock three or four times every day. 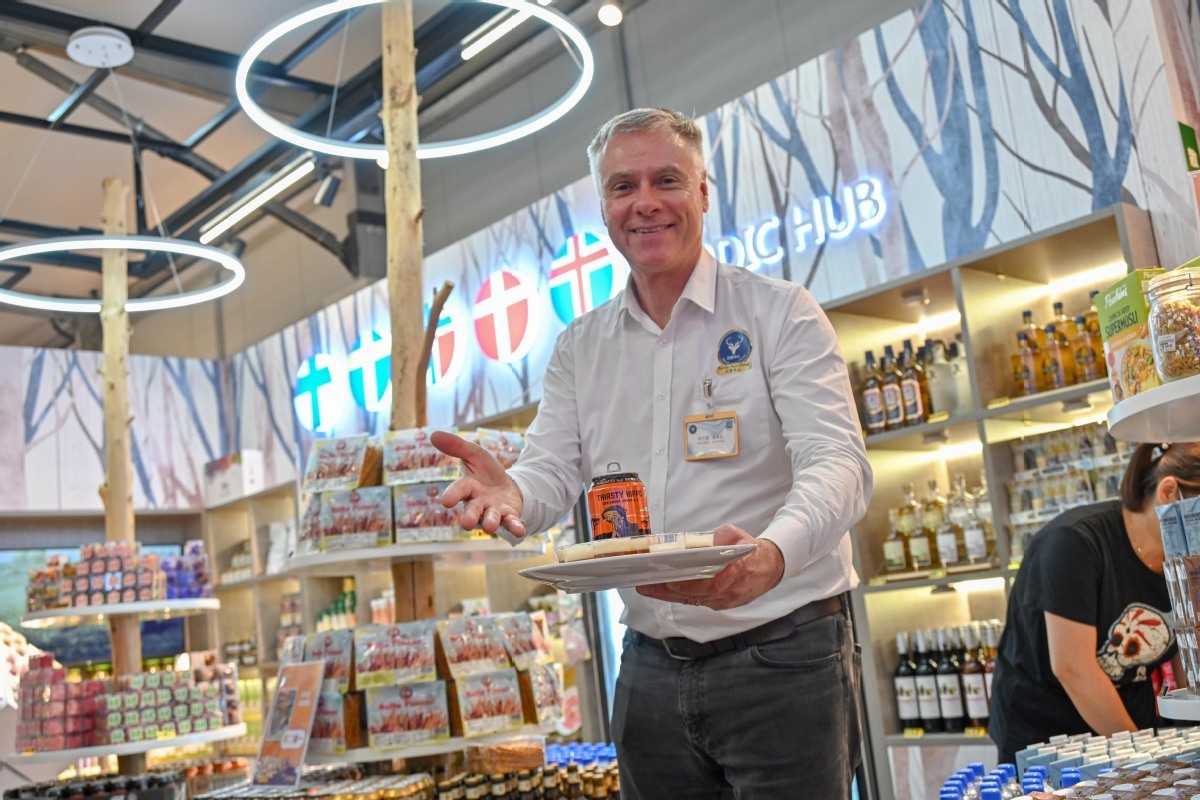 Hand-made wool tapestries, raisins, saffron and handicrafts are popular among consumers, Bo Hai, chief representative of the China-Iran International Arts and Crafts Center, told the newspaper. During peak hours, one bottle of saffron was sold every 10 seconds.

For some exhibitors setting up stands at the national pavilions at the CIIE bazaar, sales in the past two months even exceeded full-year sales from all domestic retail channels, the newspaper said.

Due to the good response to the bazaar, overseas exhibitors test the waters with new products which will be unveiled at the fourth CIIE. The Belgium Beer Association livestreamed a new product which will debut at the upcoming fourth CIIE, triggering a buying spree among craft beer enthusiasts.

In the future, Greenland plans to build a 2.0 version of the CIIE bazaar in crowded areas based on the superiority of the Hongqiao business zone traffic hub, expand the exhibition area and enrich the scope of exhibits, Xue added.