Exhibits from around the world are being transported to Shanghai for the second China International Import Expo (CIIE), which is scheduled to take place from Nov. 5 to 10. 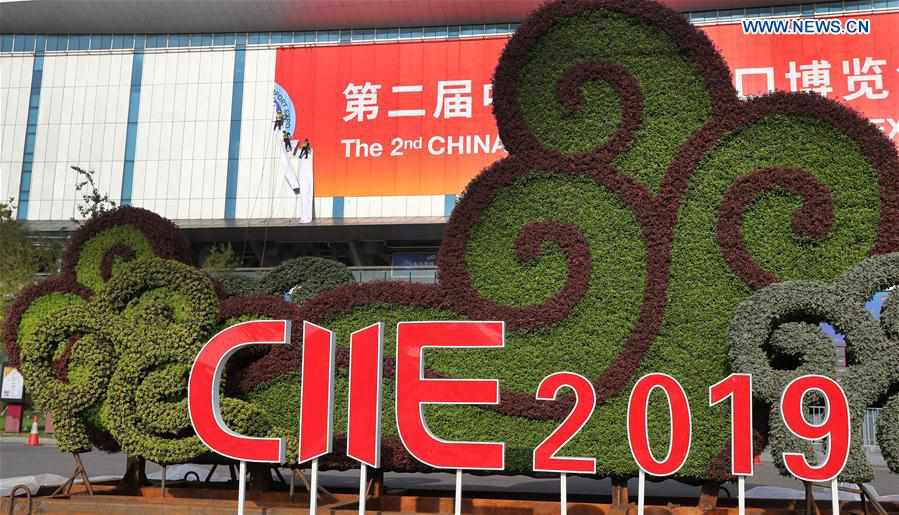 Shanghai has made meticulous preparations for the second CIIE.

From May to September, the CIIE Bureau held roadshows in more than 20 provinces and cities, which were attended by more than 4,500 companies and institutions.

From April to August, seven matchmaking sessions were held between more than 1,000 enterprises.

So far, 39 trade groups and about 600 trade sub-groups consisting of enterprises from around the country have been established. By September, 40,000 firms and 170,000 people had signed up for the event.

The CIIE has become a magnet for Chinese and foreign firms. It provides a platform for companies to test and introduce new products and technologies. At last year’s expo, jute handicrafts brought by a Bangladesh company were a hit. After the exhibition, the products were collected by the Japanese department store Takashimaya’s Shanghai store.

The CIIE helps foreign companies understand Chinese consumption and trends. Inspired by the first CIIE, a beef brand from Brazil started to sell beef products in small packages to third-tier cities in China. Before, the products were only available in bulk in first-tier cities.

The CIIE is also a place where companies find their most suitable partners. Stenders, a European bath and body care cosmetic company, has strengthened cooperation with Chinese companies after the first CIIE.

Recently, the company signed a procurement agreement with Sinopec (Shenzhen) E-commerce Co., Ltd. It means that the Stenders products could find their way onto shelves in Sinopec petrol stations, e-commerce platforms and convenience stores in Shenzhen.