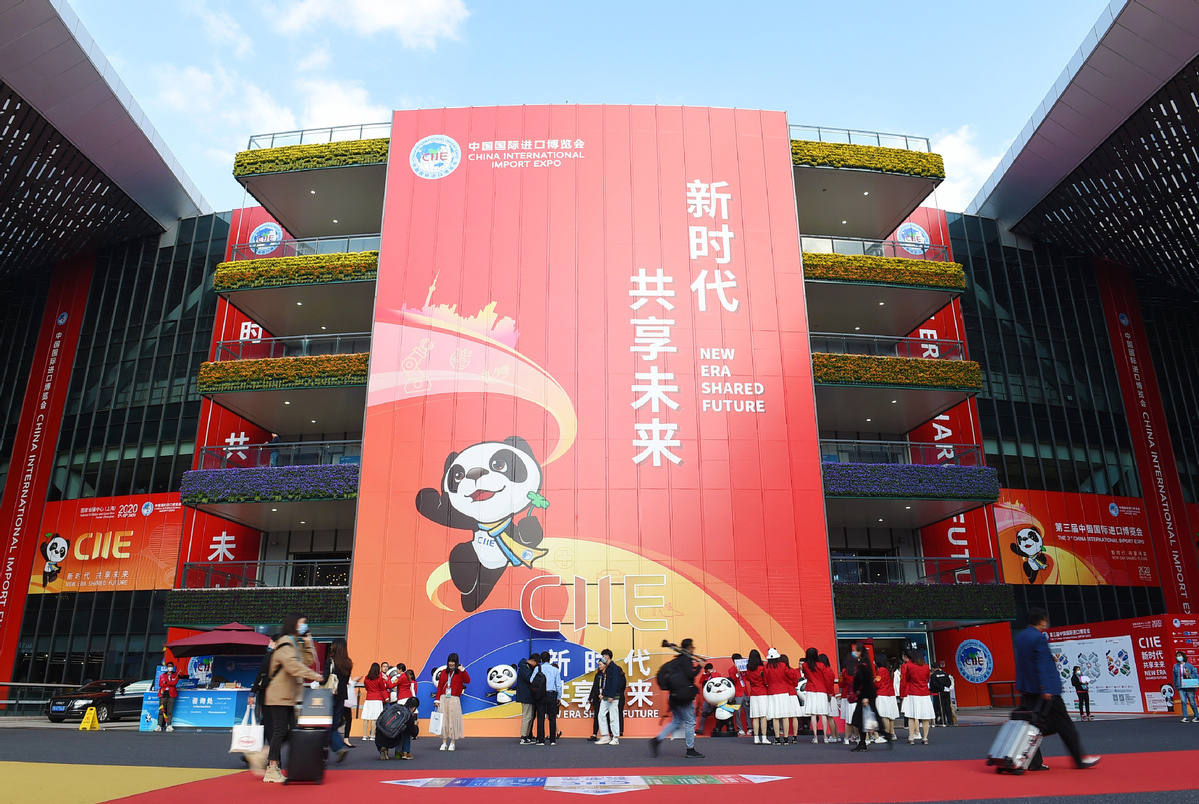 Visitors take pictures in front of a CIIE promotional display in Shanghai, on Nov 10, 2020. (Photo: Xinhua)

A series of roadshows for the fourth China International Import Expo, which was launched on June 24, will continue through the coming months to promote investment in China, according to the CIIE bureau.

"The fourth CIIE will strengthen its role of serving the domestic market to promote the import of international products, services, technology, and capital into China, and serve the country's dual-circulation economic development pattern," said Sun Chenghai, deputy director of the CIIE Bureau, at the launch event which was held in Changsha, Hunan province, on June 24.

Li Dang, deputy director of consumption promotion at the Ministry of Commerce, said the roadshows represent an innovative approach for precise investment and that the government will improve the investment promotion mechanism.

"The Bank of China will leverage its advantages in the global and integrated cross-border financial sector and fully support the fourth CIIE," said Li Mang, president of Bank of China Hunan Branch.