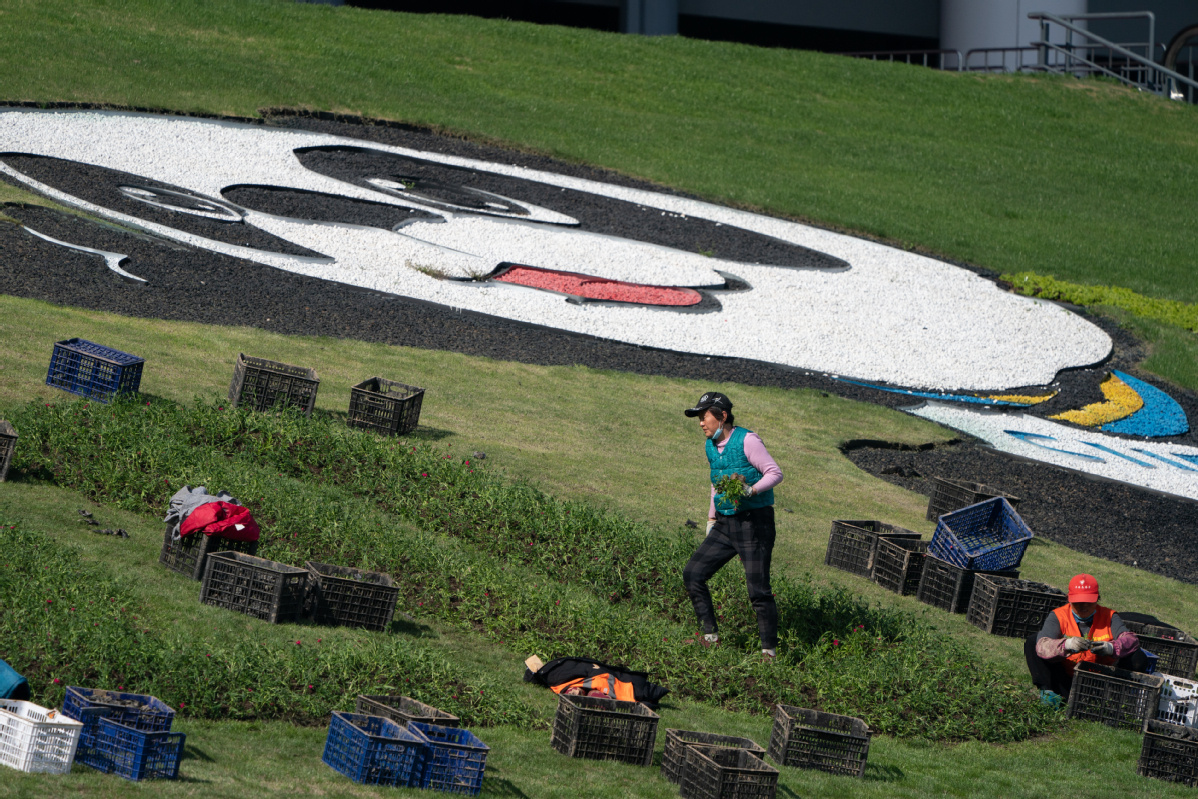 Horiculture workers do landscape maintenance at the south entrance of the National Exhibition and Convention Center in Shanghai, which has been served as the host venue of the annual China International Import Expo since 2018. [Photo by Gao Erqiang/chinadaily.com.cn]

The China International Import Expo has transformed Shanghai's Hongqiao Central Business District into a thriving goods-distribution hub for imports and exports between the Yangtze River Delta and the Asia-Pacific region, and this would contribute to the area's further opening-up in the years to come, said Chen Yin, executive major of Shanghai.

In February, the State Council released a master plan containing around 70 policies and projects that would further open up the Hongqiao business district and elevate it into an international hub.

According to Chen, the development of the area will focus primarily on building extensive transportation networks, holding high-level exhibitions and conventions, and improving the ease of doing business.

Wang Huajie, deputy director of the Shanghai Municipal Development and Reform Commission, said Shanghai will implement 29 policies to serve this purpose, including normalizing facilitation policies launched for the CIIE, as well as reforming visa and residential policies for foreign talent.

A total of 33 platforms, such as the Hongqiao International Economic Forum, exhibition centers and industrial parks for high-tech companies, will either be built or enhanced.