BUSINESS CIIE set to be a feast for participants

CIIE set to be a feast for participants 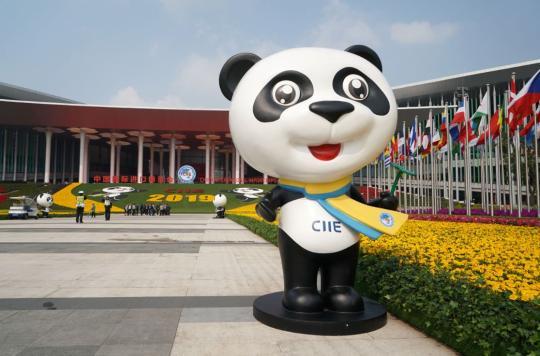 Jinbao, the mascot of the China International Import Expo (CIIE). The third CIIE, which will offer quick and easy access to the Chinese market, is scheduled to run from Nov 5 to Nov 10, 2020 in Shanghai. (Photo: Xinhua)

More than 1,000 food companies from nearly 100 countries and regions will bring a variety of food products to the third China International Import Expo from Nov 5 to 10, making the fair literally a feast for all.

Spanning three exhibition halls of the National Exhibition and Convention Center in Shanghai, the expo's food and agricultural product sector will cover all aspects of the industry.

"We want the expo to become a meeting point for global food companies and set the industry's latest trends," said Zhou Yanling, deputy general manager of the exhibition department of the expo.

Zhou noted that many high-level forums, such as the Belt and Road Eco-Agriculture and Food Security Forum, as well as more than 1,000 activities, such as food sampling and cooking sessions, will be held during the expo.

The organizers will ensure that all exhibits abide by the COVID-19 epidemic prevention rules issued by the municipal government, which include strict testing for imported frozen food and no sampling of uncooked fresh food, to ensure the safety of all participants, Zhou added.

Zhou Zhigang, vice-president of Danone China, said the company has confidence that the Chinese market will continue to grow in the future. Danone introduced 40 new products to China at the last CIIE, and will bring more than 200 products to the third expo, he said.

This year, the European food company has invested 100 million euros ($117.4 million) in China, including the opening of new factories in Qingdao, Shandong province, and Wuxi, Jiangsu province, and a research center in Shanghai.

"The spillover effect of the expo is significant," said Han Li, vice-president of Fonterra's China branch, adding that its products exhibited at previous CIIEs have sold well. The company also inked 18.2 million yuan ($2.27 million) worth of purchase agreements at the previous editions.

Han added that the New Zealand diary giant has increased its revenue and profits in the new fiscal year due to its strong growth in China. Fonterra has also pledged to attend the next three editions of the expo.