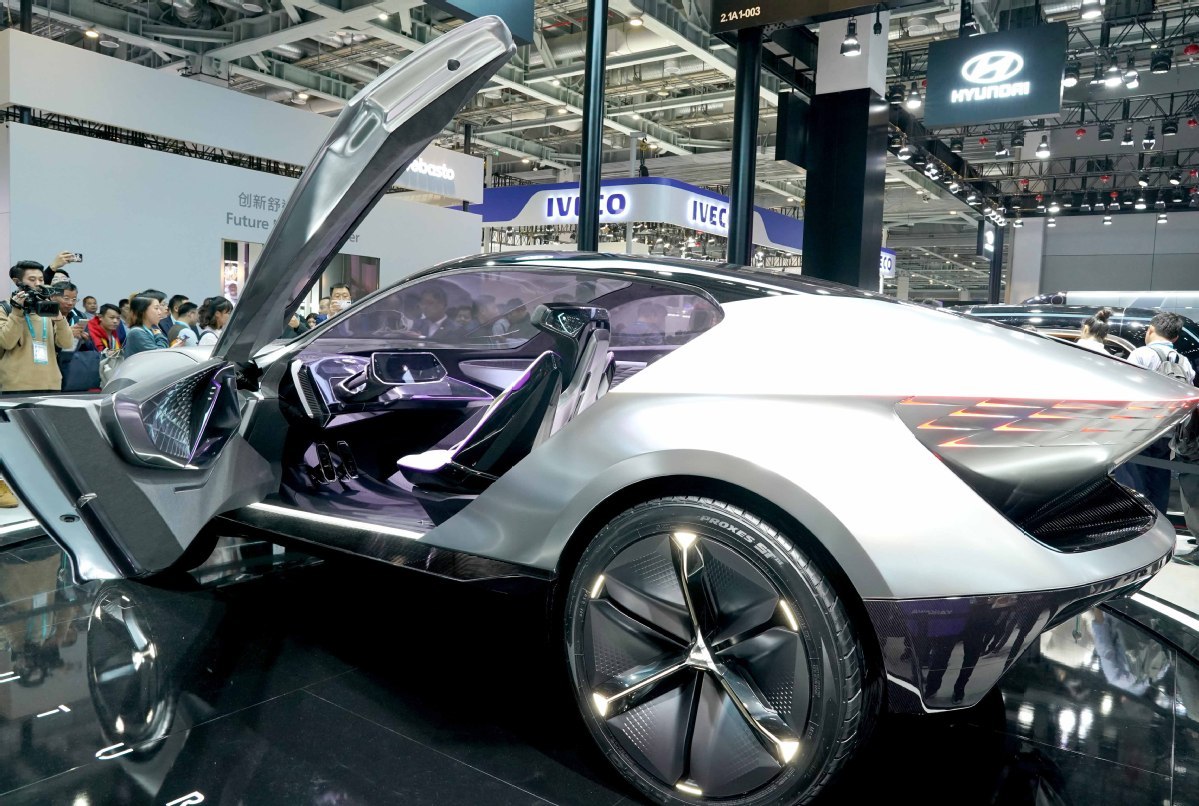 Visitors gather at the stand of South Korean automaker Kia Motors to see a new concept car model during the second CIIE in Shanghai on Nov 8, 2019. (Photo: Xinhua)

With many countries seeking ways to offset the economic slowdown caused by the COVID-19 pandemic and foster fresh trading momentum, the China International Import Expo will be a preferred platform to restore the world's trading strength and further open up China's procurement market, the leader of a South Korean business organization said.

The CIIE has so far made great contribution to the promotion of China-South Korea trade through exhibitions and promotions of products as well as economic and trade forums, business-matching conferences and industry-specific seminars, said Kang Won-sig, chairman of the Seoul-based G-PASS Company Export Association of South Korea.

The organization helps South Korean firms that are selected by the government procurement agency to effectively and strategically gain the chance for competitive exports to foreign countries.

Kang said Chinese buyers showed great interest in the range of products offered by G-PASS companies in the past two expos.

Kang noted that the CIIE offered opportunities to compare its member companies' products with the goods in the same category manufactured by their global rivals for analysis of market trends.

"Many South Korean companies have not only built partnerships with Chinese businesses in the past two expos, but also entered into joint ventures via the CIIE to make forays into the local market. I believe the CIIE has proven to be an outstanding platform for the future of bilateral trade," he said, adding a number of its member companies have sealed export deals in the first two CIIEs held in Shanghai.

More than 90 percent of the planned exhibition area had been reserved by exhibitors from across the world for the third CIIE this year in Shanghai from Nov 5 to 10, as of early June, according to its organizer.

Due to the COVID-19 outbreak, a public health and epidemic prevention exhibition area will be introduced in this year's event, data from the Ministry of Commerce showed.

Even though the pandemic has caused huge economic losses across the world, South Korea has been exporting products such as masks and testing kits that the world needs over the past three months. The country is heavily reliant on trade in the global market.

Kang expects changes will lead to the growth of the country's export market and the global import market and activate a channel for the exchange of technologies necessary to overcome this crisis between countries in line with the founding purpose of the International Federation of Public Procurement Societies.

He also hopes that this year's CIIE will provide a vital opportunity to further open up the procurement market in China to enable a practical exchange of sustainable technologies.

Trade volume between China and South Korea amounted to 755.79 billion yuan ($107 billion) during the first five months of this year, falling 4.6 percent on a year-on-year basis as business was affected by the contagion and relatively quiet Spring Festival holiday (Jan 24-Feb 2) period, data from the General Administration of Customs showed.

Kang said the Chinese market will keep growing, pointing to an easing in trade relations between China and the United States, the world's two biggest economies.

South Korea-China economic ties are expected to be further enriched in the next stage. G-PASS will continue to deepen its partnership with the Beijing-based China Association for Promoting UN Procurement to boost trade that practically benefits both countries by opening up the import markets, he said.

Gao Feng, spokesman of the Ministry of Commerce, said China will continue to innovate its working methods to prepare for the third CIIE and help global companies expand their market presence.

The country will also further promote the expo's role as a major platform for international trade, investment promotion, cultural exchange and open cooperation.

South Korean companies such as Samsung Electronics Co Ltd and SK Innovation announced that they will continue to invest in Xi'an of Shaanxi province and Changzhou in Jiangsu province to seize more market shares in China this year.

The project is expected to be operational by April 2021, with an annual output of 100,000 metric tons.