By Cao Chen in Shanghai | chinadaily.com.cn 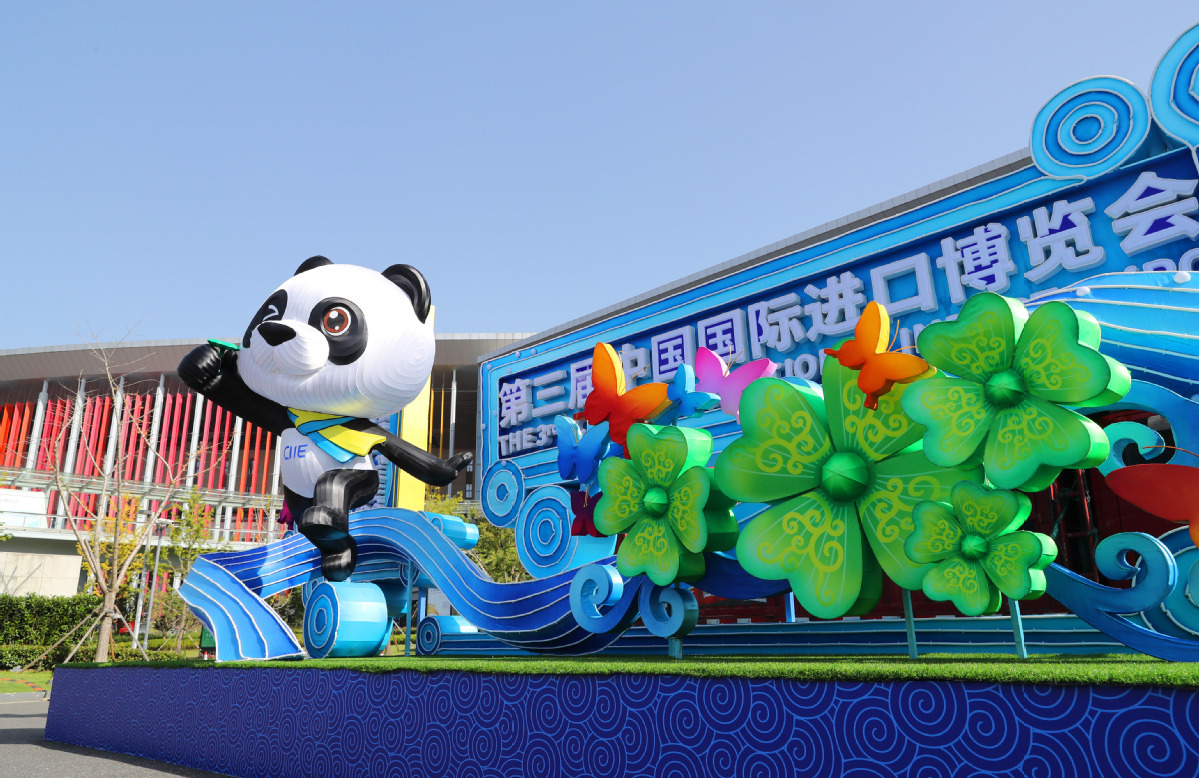 A statue of Jinbao, the panda mascot of the China International Import Expo, stands in front of the National Exhibition and Convention Center (Shanghai), which serves as the venue of the CIIE. (Photo: Xinhua)

The China International Import Expo Bureau will enhance its services for companies and traders interested in participating in the 4th CIIE in Shanghai this year, authorities from the bureau announced on March 9.

"Institutions in charge of inviting exhibitors played a significant role during the 3rd CIIE which was held in the city from Nov 5 to 10 last year," said Sun Chenghai, deputy director of the bureau.

Sun encouraged institutions to further enhance the sense of responsibility in their job of serving exhibitors and highlighted the importance of precise investment promotion, related publicity and personnel training.

"We have built a comprehensive cooperation mechanism for investment promotion since the 2nd expo, which was shown to be efficient in areas such as roadshows and communication between the supply and demand sides last year," said Liu Fuxue, another deputy director of the bureau.

In cooperation with the bureau, institutions in charge of attracting exhibitors have explored ways of improving services. For example, last year, the National Federation of Urban Industrial Products Trade Centers set up a channel on the national cross-border trade service platform to promote the expo online, held offline roadshows, and offered customized services for each exhibitor, according to Liu Jia, secretary general of the federation.

As for the ongoing preparations for the 4th CIIE, the bureau said it will strengthen management and assessment on the institutions it is cooperating with.