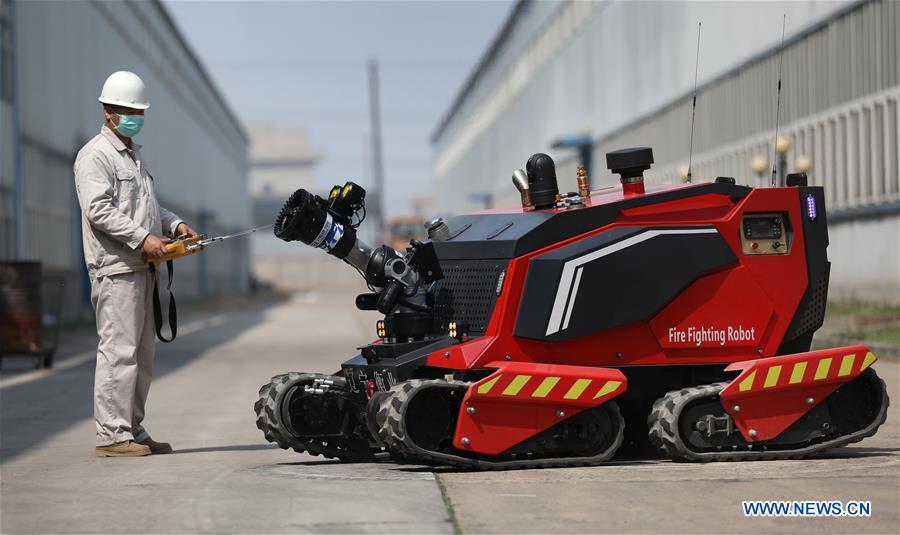 Hangzhou in Zhejiang province, Hefei in Anhui province, and a number of other Chinese cities have sewn up plans to develop safety-related industries over the 2021-25 period, which marks the 14th Five-Year Plan, said business leaders and academics.

Cities are eager to prevent risks associated with unsafe production processes and storage methods relating to industrial materials and gases, natural disasters and public health emergency situations, said Fan Weicheng, an academician at the Chinese Academy of Engineering, and dean of the Institute of Public Safety Research at Tsinghua University.

"The outbreak of the COVID-19 pandemic, to a certain extent, has advanced the society's actual understanding of the importance of safety," he said at the 2020 International Safety and Emergency Expo held from Sept 9 to Sept 11 in Hangzhou.

It is necessary to develop public safety industry. Cities across China, including Foshan, Xuzhou, Yantai, Weifang and Wuhan, now treat this sector as a key economic support and an emerging strategic industry to be fostered over the next five years, he said.

He also said people are key to good governance in public safety. Judging from historical data, between 50 percent and 70 percent of workplace safety accidents are caused by human error and other unsafe behavior. He cited the huge explosions that devastated the port area of Beirut, capital of Lebanon in the Middle East, in early August as a wake-up call.

"The governance of public safety must focus on four elements: risk assessment and prevention; monitoring, prediction and early warning capabilities; emergency response and rescue ability; and general support," he said.

With regard to production-related accidents, he said targeted efforts are needed to strengthen risk control and remove hidden perils, to reduce the occurrence of serious accidents.

With safety measures for work resumption strictly implemented, differentiated supervision should be in place for different areas and categories, according to a government document released in March.

Rescue teams at all levels are also required to strengthen their emergency responses.

The outbreak of COVID-19 had not only affected China's economic growth in the first half of this year, but also tested the nation's urban safety and emergency management capabilities, said Chen Xiangsheng, an academician at the Chinese Academy of Engineering, and dean of the College of Civil Transportation Engineering at Shenzhen University.

"When the government responded to such a sudden public health event earlier this year, there were still issues such as insufficient medical material reserves and lagging early warning mechanisms," he said.

"Even though these problems have been resolved within a short period, backed by the country's strengths in manufacturing and technology, there is still room for improvement in this area."

As safety functions of major infrastructure and environment are indispensable to ensure the safety of cities, Chen suggested that cities should further upgrade themselves and dig for more growth potential in their underground spaces, as well as improve fire-fighting technologies and related equipment to facilitate these moves.

In addition to diversifying its sales channels in the home market, the company has shipped a number of robotic products, particularly fire-fighting robots, to countries such as Australia, South Korea, India and members of the Association of Southeast Asian Nations.

"As many countries' governments attach great importance to production safety, robots with special applications have gradually penetrated into various industries that are known for relatively dangerous or high-risk working environment. Robots that make dangerous operations safer are bound to spark an industry-wide trend," he said.

"In our next step, we will integrate such robots with cloud computing, big data, artificial intelligence and 5G technology, making them intelligent."