As the COVID-19 pandemic continues raging across the globe, how to survive becomes a problem shared by all civil aviation companies. 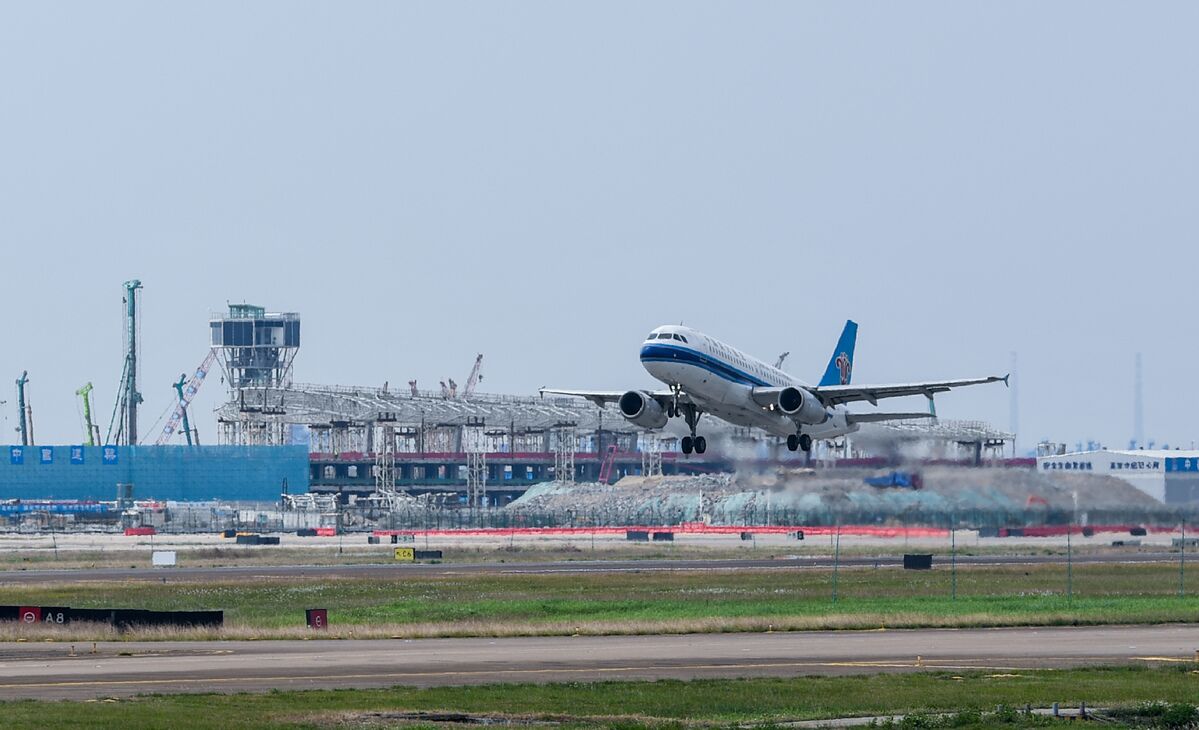 Bearing the brunt of the pandemic, the industry has suffered greatly. On April 15, the Civil Aviation Administration of China (CAAC) announced at a press conference that the country's civil aviation industry endured a total loss of 39.82 billion yuan (US$5.63 billion) in the first quarter, of which airline companies lost 33.62 billion yuan.

The analysis of the International Air Transport Association (IATA) also pointed to a nosedive worldwide: Airline passenger revenues are set to plunge 55% - a loss of US$314 billion - in 2020 due to the pandemic.

The official price tag of a Boeing 737-700 is US$76 million, and with fuel and maintenance taken into account, such an aircraft can cost a huge amount. In addition, most airlines get aircrafts through financial leasing. Paying the lease in dollars, the airlines would face massive losses once the exchange rate against the dollar fluctuates.

Now, the pandemic is weighing even more on the companies.

Traffic volume has dropped sharply as a result of the outbreaks, while costs in leasing, maintenance, and human resources keep mounting up, leading to huge losses for companies .

According to CAAC spokesperson Xiong Jie, in March, the total transport turnover of the sector in China registered 3.9 billion metric ton-kilometers, plummeting 63.4% year on year. Passenger throughput and cargo and mail transport volume dropped to 15.13 million trips and 484,000 metric tons, down 71.7% and 23.4%, respectively. In the first quarter, the total transport turnover was 16.52 billion metric ton-kilometers, with around 74.08 million passenger trips made, down 46.6% and 53.9% year on year, respectively.

Two Chinese airlines have forecasted losses for the first quarter. Shandong Airlines predicted a loss of 500 million to 700 million yuan, and China Express Airlines is anticipating a loss between 90.76 million and 115.86 million yuan.

From passengers to cargo

To offset the losses amid the outbreaks, the civil aviation companies have explored various possible ways.

They also took bold steps such as changing passenger flights into cargo ones.

As China becomes an export hub for medical and protective supplies, Europe alone has ordered billions of face masks and thousands of ventilators from China according to media reports. In response, many airlines modified their passenger aircrafts to meet the undersupplied cargo transport needs.

On April 3, the first passenger-to-cargo flight of China Southern Airlines took off from Guangzhou to Kuala Lumpur, loaded with 17.6 metric tons of cargo, including about 4.66 metric tons of epidemic prevention materials.

On April 8, Eastern Air Catering, a subsidiary of China Eastern Airlines Group, applied for a food production license which allows it to serve food on the ground in addition to in the air. With its fast, semi-finished, cold-chain, and refrigerated food introduced to the market, the airline group saw its financial burden alleviated.

Since Sichuan province is famous for its spicy hotpot, Sichuan Airlines Logistics began to offer hotpot delivery service. The meal combos range from 200 to over 400 yuan, and hotpot condiment and seasoning, vegetables and meat, as well as tablecloths would all be delivered to the door free of charge.

As for Xiamen Airlines, its cooked rice has been widely praised, so the company began to provide group meals with rice. According to company executives, there are over 1,000 orders every day.

In March, the cargo throughput of cargo aircrafts bucked the previous trend and totaled 253,000 metric tons, up 28.4% from a year earlier.

With the easing of the epidemic and the remedial efforts, China's air transport figures in general showed signs of recovery.

Despite so, the number of flights would possibly remain relatively low in the near future, Xiong said.

To ease the financial burden of the civil aviation industry, China has rolled out a package of fiscal policies. The regulator exempted Chinese airline companies from value-added tax for revenues generated from transporting anti-epidemic materials, and also waived their payment to the government's civil aviation development fund starting from Jan. 1. Meanwhile, it encouraged the airlines to keep their international flights running.

However, IATA Director General and CEO Alexandre de Juniac said, despite the fact that several governments have stepped up with new or expanded financial relief measures to cushion the blow of COVID-19, the situation remains critical.

"The scale of the crisis makes a sharp V-shaped recovery unlikely,” he said. “Realistically, it will be a U-shaped recovery with domestic travel coming back faster than the international market."

According to IATA, air travel is likely to return to normal in phases after lockdowns are lifted, and domestic markets in various countries could see the start of an upturn in the third quarter, but the international market will likely be slower to recover.