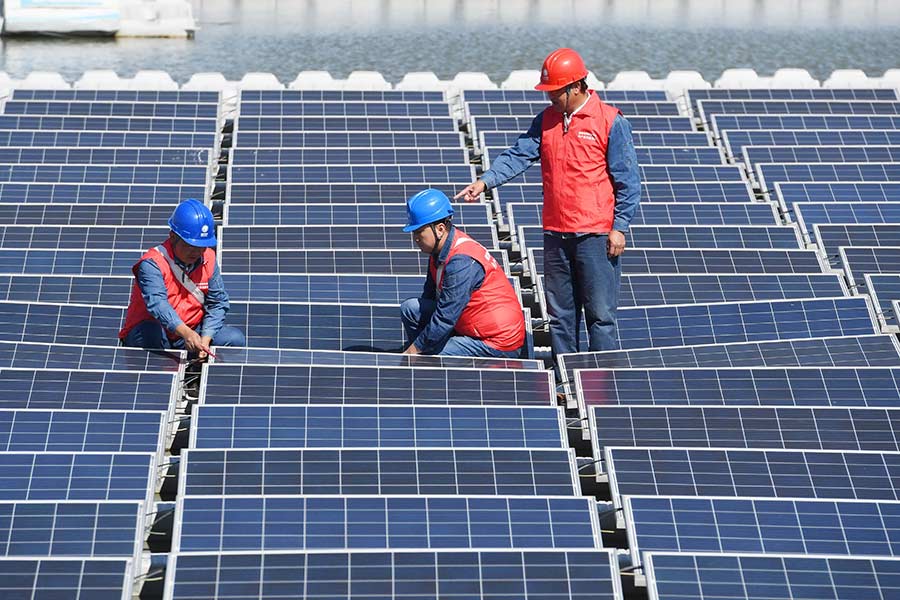 China has seen its installed capacity of clean power sources continue expanding with utilization optimized during the first three months of 2019, according to the National Energy Administration.

The first quarter of this year saw 388.5 billion kilowatts of renewable energy generation, up 13 percent year-on-year. It accounted for 23.2 percent of the country's total power generating capacity, up 1.2 percentage points year-on-year, according to the administration.

Effective operation management measures for the optimization of renewable energy have been optimized by the country's grid operators and power companies in recent years to further ease the curtailment, or power waste, for hydropower, wind power and solar power, said Liang.

China has already become the world leader in the fields of installed power generation capacity for wind power, hydropower and solar power, according to the China Electric Power Planning and Engineering Institute.

China saw its energy consumption structure further optimized last year with an increase of clean energy, including natural gas, hydropower, nuclear power and wind power, according to an industry report released by the institute at the end of April.

Consumption of clean energy in the energy mix accounted for 22.1 percent of total energy consumed last year, up 1.3 percentage points compared with the previous year, it said, adding that China's energy consumption is expected to continue to be clean and efficient this year.

China has been supporting its medium-high speed of economic growth with a comparatively lower energy consumption growth, it said.

Non-fossil energy accounted for 14.3 percent of the energy mix last year, up 0.5 percentage point year-on-year, which is not far from China's target of 15 percent by 2020.

Although energy consumption is expected to continue to climb in China, it is believed that the substitution of clean energy for traditional fossil fuels will have a major effect on the country's energy mix.

In the transportation sector, for example, which requires a substantial amount of energy and will continue to do so with surging national car ownership, cleaner substitutes are replacing traditional fuels.

The transportation sector consumed 530 million tons of standard coal in the first quarter, up 6 percent compared with the same period of last year. While oil is still the major fuel for the sector, the alternatives including natural gas, biomass and renewable energy are playing an increasingly significant role, said the report.