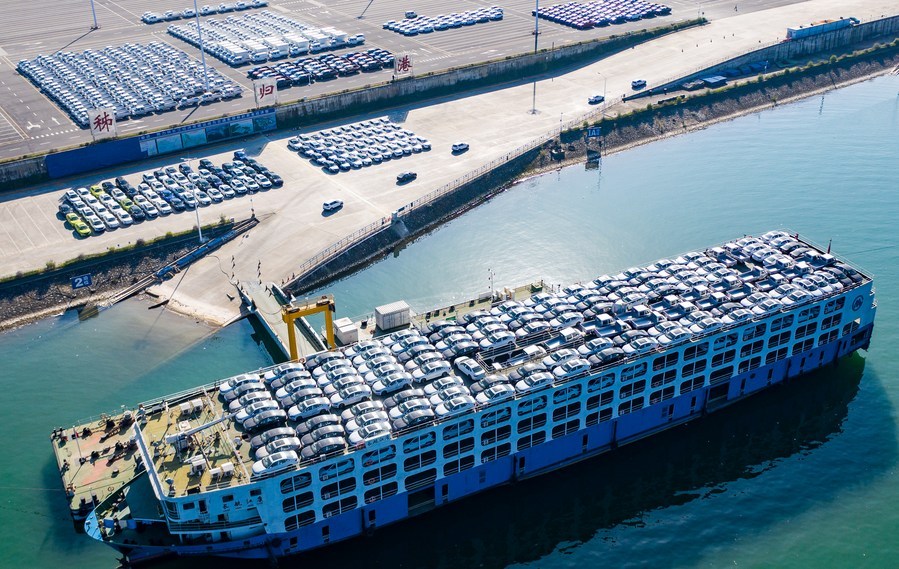 China is set to overtake the United Sates as the world's largest economy earlier than expected, CNBC reported on Sunday.

China's gross domestic product grew 2.3 percent to 101.6 trillion yuan ($15.7 trillion) in 2020, data from the National Bureau of Statistics showed, making China the only major economy to have achieved annual growth.

By contrast, the US Congressional Budget Office said last week that the US economy contracted 3.5 percent last year, the worst performance since 1946. Based on a preliminary government estimate, the GDP is about $20.93 trillion.

"This (divergence in growth) is consistent with our view that the pandemic has been a much larger blow to the US economy than China's economy," CNBC reported quoting Rob Subbaraman, global head of macro research at Nomura Holdings in Singapore.

"We believe that on reasonable growth projections the size of China's economy in US dollar terms will overtake the US in 2028."

If the Chinese currency strengthens further to around 6 yuan per US dollar, China could surpass the US two years earlier than anticipated, Subbaraman said.

"The latest GDP data shows that China's recovery enjoyed strong momentum toward the end of 2020, due to its ability to contain the pandemic," Tai Hui, chief Asia market strategist at JP Morgan Asset Management told CNBC.

He also predicted it will take another eight to 10 years for China's GDP to catch up to that of the US.