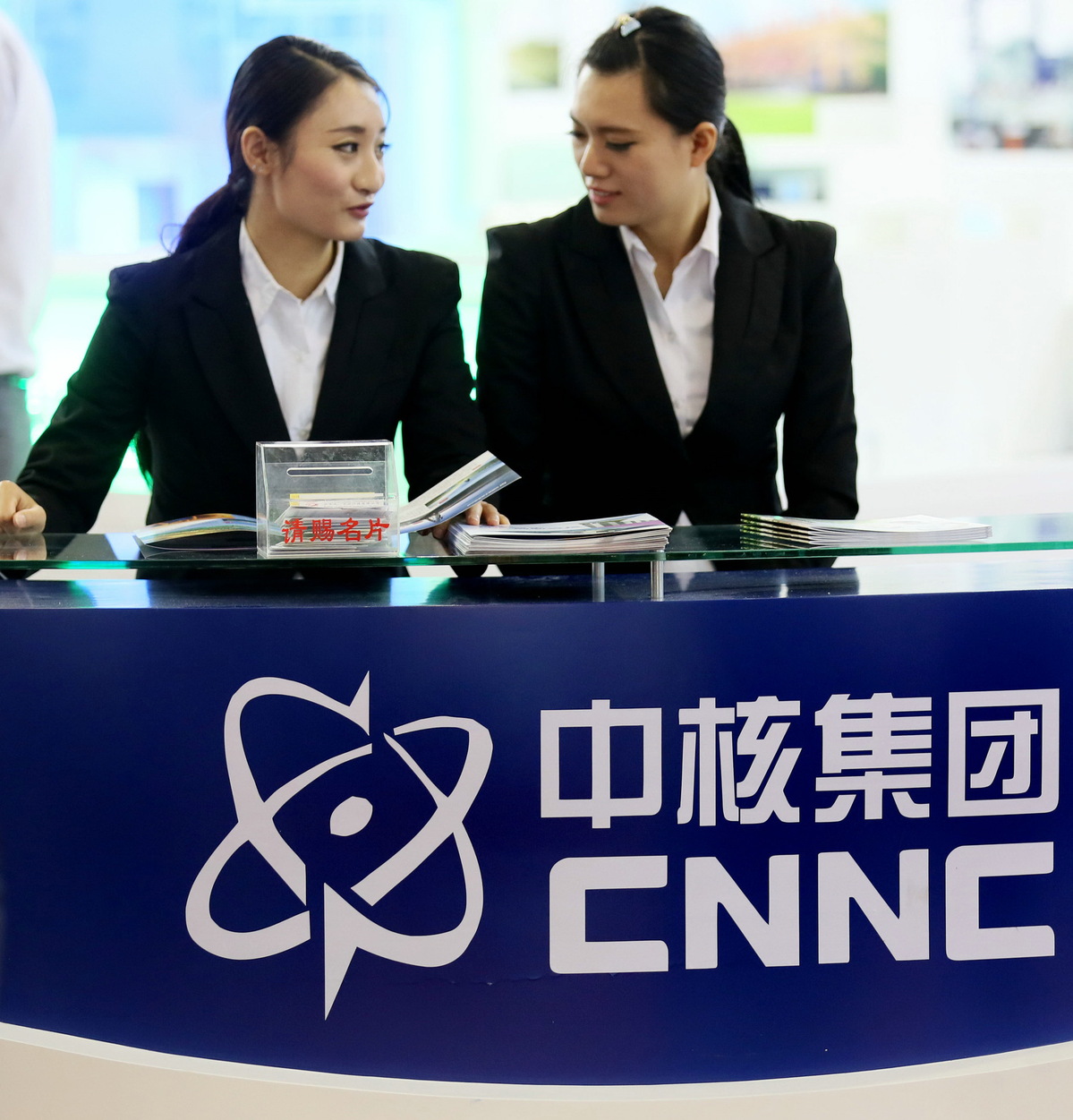 The stand of CNNC at an industry expo in Beijing. (Photo: China Daily)

Known as the central nervous system of nuclear power plants, the nuclear advanced safety instrument and control platform, also called the Longlin system, plays an important role in ensuring nuclear projects' safety and stability and enables China to have a DCS with complete independent intellectual property rights, said the company.

Some of the key standards are in accordance with the international level, it said, while it will also help boost China's nuclear technology exports, it said.

Only a handful of developed countries have mastered the technology of the nuclear-grade DCS platform, which is critical for the safe shutdown and accident mitigation for reactors.

Analysts believe as the core technology of the systems is one of the key components of a nuclear power station, China must conduct original innovation.

It is believed the country will step up nuclear development with the implementation of the Longlin system, said Ye Qizhen, a member of the Chinese Academy of Engineering and also an expert on nuclear reactors and nuclear-power engineering.

According to CNNC, all of the design, verification and testing of the program is in accordance with the most advanced and strictest standards worldwide, while the system also uses advanced information security technology.

The Longlin system is a result of the company's more than 60 years of experience in integrating nuclear power engineering design, the research and development of the digital instrument control equipment and equipment manufacturing and supply.

The system could be applied in nuclear power plants, research reactors and small reactors, it said.

Yu Jianfeng, CNNC's chairman, said earlier that development of the nuclear industry over the past 60 years has proved that nuclear science and technology is strategically important. China must insist on independent innovation.

The company said it would pay a great deal of attention to the working conditions of scientists, an important factor in improving the company's core competitiveness.

"We will enable scientists undertaking major military projects and scientific and technological innovations to receive high salaries, and stimulate the creativity of talent to the greatest extent," he said.