BUSINESS CNOOC unit off Hainan to start output this month

CNOOC unit off Hainan to start output this month 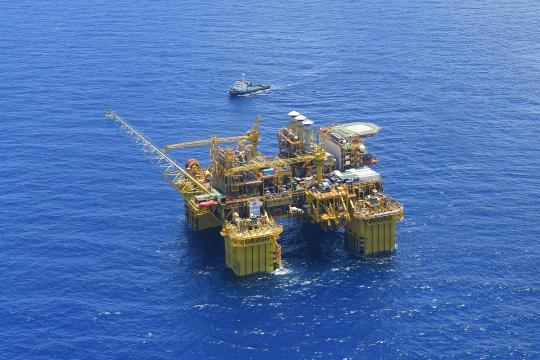 Deep Sea No 1, a semi-submersible oil production and storage facility, is located in the waters off South China's Hainan province. (Photo: Xinhua)

Deep Sea No 1, a 100,000-metric-ton deep-water semi-submersible oil production and storage facility, will start production by the end of this month, China National Offshore Oil Corp said on Thursday.

The energy station, located in the waters off Hainan province, was developed and built by CNOOC and is expected to provide 3 billion cubic meters of natural gas every year to Guangdong and Hainan provinces and the Hong Kong Special Administrative Region.

All equipment has been installed in the energy station and the staff are carrying out the final tests ahead of its commissioning, it said.

Built with a total investment of 23.6 billion yuan ($3.69 billion), the project plays an integral part in the nation's efforts to cut its carbon footprint from the power sector and achieve carbon neutrality by 2060, an expert said.

Li Ziyue, an analyst with BloombergNEF, said the mega drilling platform will help CNOOC to further expand its offshore oil and gas exploration and production efforts.

Located at Lingshui 17-2 gas field, China's first deep-water self-operated gas field, the drilling platform has an average operational water depth of 1,500 meters, some 150 kilometers off the island province of Hainan. Its service life is 150 years.

This floating storage facility sailed offshore from East China's Shandong province in January and arrived at its destination in early February. All the installation work was completed by the beginning of this month.

CNOOC has been enhancing its oil and gas supply capacity and stepping up oil and gas exploration in recent years to ensure domestic energy security.

CNOOC said earlier it would further step up its new capacity construction during the 14th Five-Year Plan period (2021-25) to increase oil and gas reserves and production.