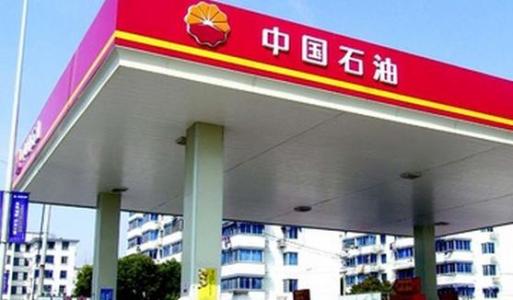 A petrol station with the CNPC logo. (File photo)

China's top oil and gas company China National Petroleum Corporation (CNPC) is considering taking over Total's stake in a giant Iranian gas project if the French company leaves Iran to comply with any new US sanctions, industry sources said.
Total signed the $1 billion deal to develop the South Pars gas field in July. The contract gave CNPC the option to take over Total's stake if it pulled out, according to sources involved in the talks.
The deal was the first major Western energy investment in the Iran since international sanctions, including most of those imposed by the US, were lifted as part of a landmark agreement in 2015 over Iran's nuclear program.
But after US President Donald Trump refused in October to certify that Tehran is complying with the deal, US Congress will have to vote on whether to reimpose sanctions on Iran.
It was unclear when a vote would take place or what sanctions might be imposed, but they could bar companies working in Iran from also operating in the US.
Total has much larger operations in the US and Chief Executive Patrick Pouyanne said it would leave if it were no longer able to operate in Iran.
Under the terms of the agreement to develop phase 11 of South Pars, the world's largest gas field, CNPC could take over Total's 50.1 percent stake and become operator of the project if Total is forced to withdraw from Iran, a senior Beijing-based source with knowledge of the joint-venture agreement said.
CNPC has a 30 percent stake, while the Iranian national oil company's subsidiary PetroPars holds 19.9 percent.
CNPC officials have held internal talks in recent weeks to discuss the implications of taking control, according to three industry sources briefed on the talks.
A senior official at Total said the company has "some mechanism that permits us to exit the deal softly if forced to by international sanctions."
Any change would likely delay the project's timetable as Total is already in discussion with service companies and is expected to award contracts early next year, the sources said.
A change in ownership structure would mean that CNPC would shoulder 80 percent of the cost of the project, estimated at $2 billion for the first stage.
It would also have to bring in new technical teams to manage and operate the offshore project. This could mean involving its rival CNOOC, China's largest offshore operator.
Total might still be able to operate in Iran depending on how the US sanctions are worded, and because the EU, China and Russia are expected to stick to the nuclear deal, Pouyanne said in October.