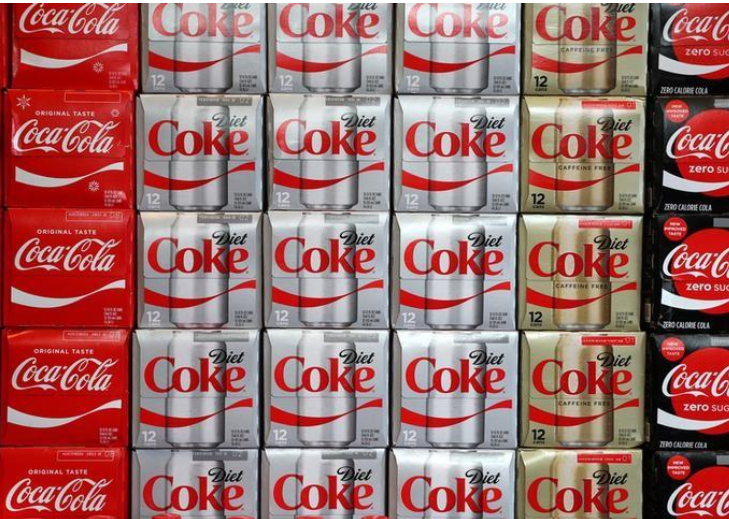 Boxes of Coca-Cola are seen at a grocery store in Los Angeles, California US November 21, 2017. Photo: Reuters/Lucy Nicholson

A federal judge has dismissed a lawsuit claiming that Coca-Cola Co’s advertising for Diet Coke misleads people into thinking that consuming the soft drink assists in weight loss, and that it actually causes weight gain.

The plaintiff, Shana Becerra, claimed that she and others would not have bought Diet Coke, which was launched in 1982, but for the word “diet” and ads such as one showing the soft drink being poured by a bare-chested man with a well-muscled torso.

In a decision on Tuesday, however, US District Judge William Alsup in San Francisco said 13 studies cited by Becerra were “equivocal” as to whether diet soda causes weight gain, and that she must prove it does to prevail.

He also noted that supermarkets do not display Diet Coke in the health food section, and said reasonable consumers would understand that any caloric savings would lead to weight loss only as part of a “sensible diet and exercise regimen” dependent on individual metabolism.

Becerra, who lives in Santa Rosa, California, claimed that non-nutritive sweeteners such as Diet Coke’s aspartame interfere with the ability to metabolize calories, and raise the risk of cardiovascular disease and diabetes.

She sued on behalf of California residents for unspecified damages and an injunction against marketing Diet Coke as “diet.”