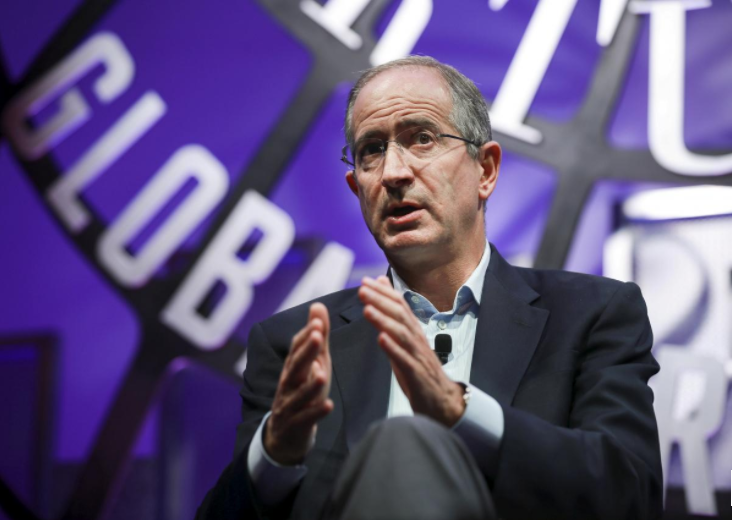 Comcast Corp would become the world’s largest pay-TV operator if CEO Brian Roberts’ $31-billion bid for Sky Plc succeeds, more than doubling its subscribers and expanding its international presence as growth slows in its core US market.

A deal with Sky would help diversify its revenue as more US customers cancel their cable packages in favor of cheaper streaming options from companies like Netflix Inc and Amazon.com Inc. Comcast lost 33,000 video customers last quarter alone..

Comcast would immediately become the world’s largest pay-TV operator with 52 million “customer relationships,” if the deal went ahead, according to Macquarie analysts, adding Sky’s 23 million subscribers to its own customer base.

That would almost double the company’s reach and give it cross-border presence in Britain, Germany and Italy as well as the United States. The figure of 52 million is still dwarfed by Netflix’s 118 million worldwide subscribers.

If the deal went ahead, international revenue would make up 25 percent of Comcast’s total, up from 9 percent currently, according to the company.

A key gain for Comcast would be Sky’s success earlier this month in winning the rights to show Premier League soccer matches for a fee well below analyst expectations, likely a boost to future earnings.

Comcast offered 12.50 pounds in cash per Sky share on Tuesday, well above the 10.75 pounds Twenty-First Century Fox Inc - run by Roberts’ rival Rupert Murdoch - had agreed to pay for the British company.

That complicates Walt Disney Co’s $52-billion deal to buy a range of Fox assets, including Sky, which was based on the assumption that Fox would complete its purchase.

A Sky deal would provide additional channels for Comcast-owned content in Europe but also tie it further to satellite distribution, a technology growing obsolete in the United States, said Craig Moffett, an analyst at MoffettNathanson.

“There was a fair amount of hedge fund ownership that was expecting accelerated buybacks,” said Smith, addressing Comcast’s share drop on Tuesday. “If that was your thesis for owning Comcast that’s going to be on hold for now. There’s also concern that this becomes a bidding war.”

Such a bidding war could mean that if Disney wants to block Comcast and own all of Sky, it would have to pay more than 14 pounds a share, according to a note on Tuesday by London-based Square Global Markets.

Roberts, 58, took over as head of Comcast from his father, Ralph, who founded the company in 1963. The younger Roberts became Comcast’s president in 1990 and CEO in 2002, having spent his whole career at the company.

Any deal would raise Roberts’ profile as one of the most powerful media leaders. He brokered the 2001 deal with AT&T Broadband that turned the cable company into a national player. He led Comcast’s failed effort to buy Disney for $54 billion in 2004.

His $37-billion deal in 2009 to combine General Electric Co’s NBCUniversal business and Comcast’s cable networks put him in charge of more than 20 million subscribers of video, internet and voice services, the broadcast network known for “Friends” and “Seinfeld,” plus theme parks and the film studio.

When Roberts was weighing an offer for Sky, a trip to see Sky’s products in store, and the knowledge of the London taxi driver that took him there, helped to make up his mind.

“The cab driver was incredibly knowledgeable about the difference between Virgin and Sky in every feature,” Roberts told reporters on Tuesday. “We were learning a lot there. Then when we went to the Sky store, we spent at least an hour going through every feature and comparing it to our own... We were really terribly impressed.”

Liberty Global-owned Virgin Media is a British rival to Sky.

The CEO said the visit was one of a number of things that confirmed his company should try to acquire Sky.

“Seeing it again, and listening to the passion of the sales and looking at the product... all those things combined to reinforce what a number of us have known for years - that this is a jewel,” said Roberts. “Frankly there’s nothing as great in the United States.”