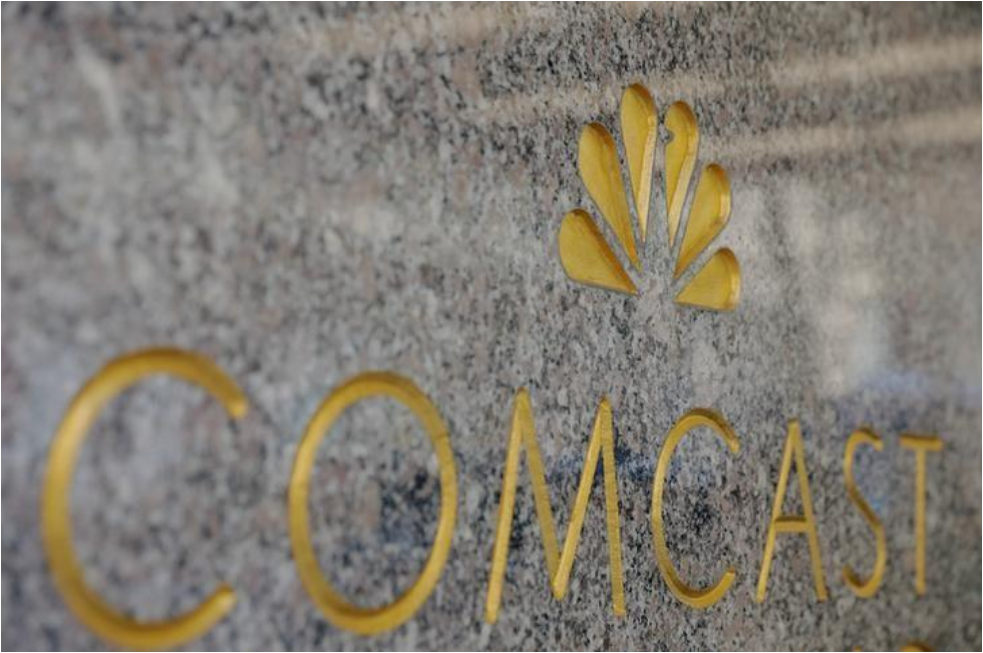 The NBC and Comcast logos are displayed on 30 Rockefeller Plaza in midtown Manhattan in New York, US, February 27, 2018. (Photo: Reuters)

Comcast Corp  confirmed on Wednesday it was preparing a higher, all-cash offer for most of the media assets of Twenty-First Century Fox , setting up a bidding war with rival Walt Disney Co , which already has agreed to a $52-billion deal with Fox.

The largest US cable operator said it was in advanced stages of readying a bid that would be superior to Disney’s all-stock offer.

“While no final decision has been made, at this point the work to finance the all-cash offer and make the key regulatory filings is well advanced,” Comcast said in a statement.

Comcast may have a tough time winning over Fox’s largest shareholder, Rupert Murdoch, however. The Murdoch family owns a 17-percent stake in the US TV and movie giant and would face a multi-billion dollar capital gains tax bill if he accepted an all-cash offer from Comcast, tax experts have told Reuters.

Sources familiar with the matter told Reuters earlier this month that Comcast was working on financing for a cash offer worth as much as $60 billion for the Fox assets, but Wednesday’s statement was the first formal confirmation by the company.

Fox and Disney declined to comment. Fox’s Executive Chairman Lachlan Murdoch said earlier this month that the company was committed to its agreement with Disney.

Comcast Chief Executive Brian Roberts will only proceed with a bid if a federal judge next month allows AT&T Inc’s  planned $85-billion acquisition of Time Warner Inc to proceed, sources have said.

“It all depends on the AT&T and Time Warner deal,” said Brian Wieser, analyst at Pivotal Research. “If that goes through, it is highly possible there will be more than one bid for Fox.”

Disney in December offered stock then worth $52.4 billion to buy Fox’s film, television and international businesses to beef up its offering against streaming rivals Netflix Inc  and Amazon.com Inc .

Disney shares have fallen more than 3 percent since that deal, reducing the value of the offer to just over $50 billion.

Comcast, owner of NBC and Universal Pictures, has also separately made a 22 billion pound ($30 billion) offer to acquire the 61-percent stake in European pay-TV group Sky Plc  that Fox does not already own. In doing so, it topped an earlier offer for the entirety of Sky by Fox.

A regulatory filing in April showed Comcast offered to acquire most of Fox’s assets in an all-stock deal valued at $34.41 per share, or $64 billion last November - just before Disney’s offer was agreed upon.

“Comcast does seem intent on winning this one. Rivalry can frequently drive prices to un-economic levels,” said Jeffrey Logsdon, an analyst with JBL Advisors, referring to the potential bidding war for Fox.