Companies are reveling in CIIE opportunities

The China International Import Expo (CIIE) has brought unprecedented opportunities to businesses from around the world, say a number of directors and CEOs currently displaying products at the CIIE in Shanghai, which will run until November 10. 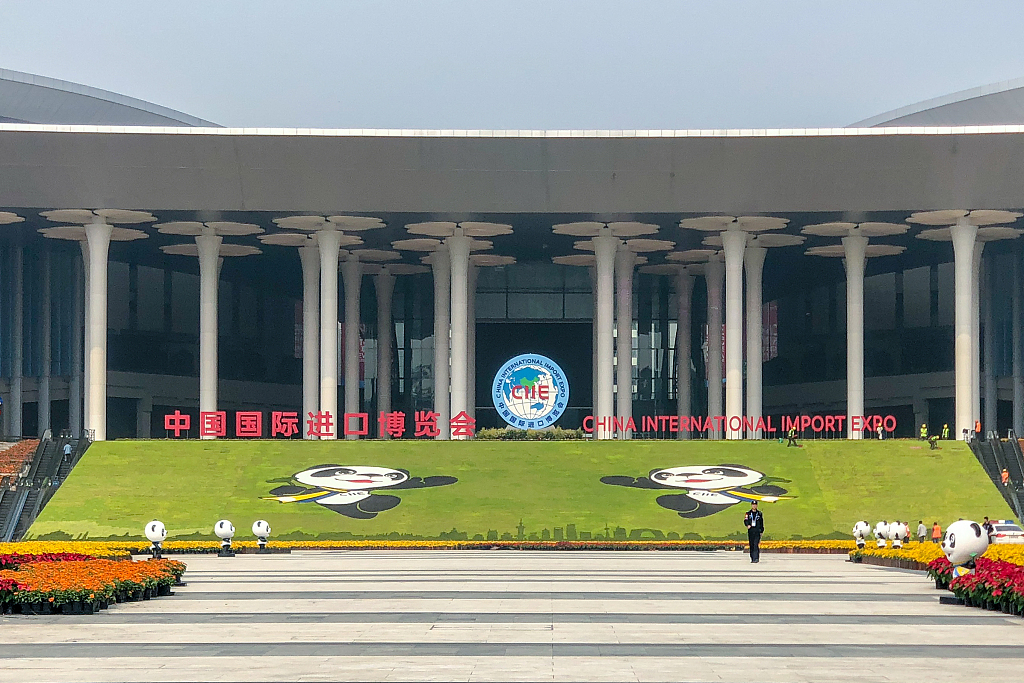 Over 3,000 companies from 130 countries have set up booths and stands in the National Conference and Exhibition Centre, the largest exhibition of its kind in the world. At the end of only its second day, it’s already been a success for many exhibitors.

“This is probably the best opportunity for a company that makes most of their products outside of China while trying to bring these products into the local market, it creates an opportunity not just to show our products to consumers and get feedback, but also to work with local partners,” said Attila Krizsan, Senior Director of Canada, EMEA, Asia and International Parts at GE Appliances, a Haier Company.

The company specializes in appliances and a huge hit at their booth is a refrigerator that also brews coffee. On how popular the booth has been, Krizsan admits, “The booth is full, people love to see or touch the product, experience the coffee, people are pulling out drawers - as an exhibitor I don’t think I could ask for more.” He noted that he didn’t expect the expo to be as enormous as it is, with a constant stream of potential buyers passing through.

The CIIE spans an area of over 240,000 square meters and is divided into different sections depending on products, with a hall dedicated to country pavilions as well as twelve guest countries of honor. Rob McMahon is the CEO of Kendal Nutricare Ltd, a fast-expanding baby formula company based in the UK, which is also one of the guests of honor. “It’s very well organized. I think President Xi and Shanghai municipality have provided a fantastic venue and the bill quality is excellent.”

In his keynote speech, President Xi Jinping said that China will not close its door to the world, and will instead become more and more open. Many companies are looking at the CIIE as a way to sell products over the week, but also as an opportunity to further their trade links for the future.

SASOL is a global South African company dealing in chemicals and energy, which has already established links in China and will open a new chemical plant in Nanjing in early 2019, tripling its production of special disinfectants. Owner of the company, Fleetwood Grobler, explains that he’s using CIIE to reach future buyers, “In preparation of our plant opening up next year, the type of contacts that we pick up at this event will serve us well when we go to market next year.”

“I participated in the opening ceremony as well as some of the breakout forums, and I must say I was really encouraged to hear government and business interacting about growth and prosperity. I think from an industry point of view, we welcome that - we welcome free trade, we welcome the opportunity to bring our product to areas we know we can add value to our customer’s needs. So far, I think it’s been a great event in terms of the interaction with business and the contacts that you muster.”

The CIIE is giving an opportunity for companies who have experience in the Chinese market, as well as those who don’t. McMahon, whose products come from one factory in the UK and have already entered 15,000 shops since February 2017 notes, “This gives us a presence on the world stage, and our distributors are here in force meeting a lot of their wholesalers across China.”

During the opening ceremony, it was made clear that the CIIE will become an annual event, marking a defining moment in the change to bilateral trade. So far, the CIIE has been a resounding success, with all booth owners we asked confirming that they will definitely be back next year.