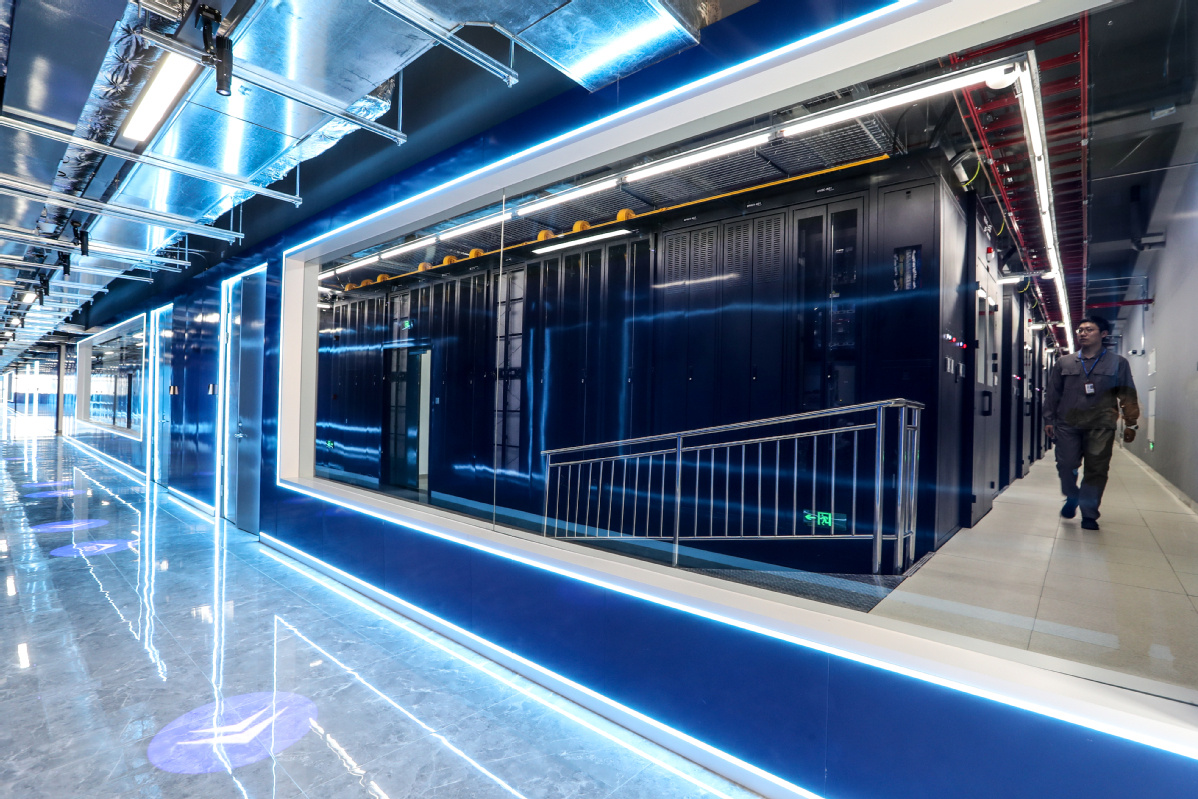 As China has made clear its ambition of achieving carbon neutrality by 2060, the country's technology powerhouses are making real emissions reductions in their operations and supply chains to help achieve that goal.

Companies are adopting technologies from renewable energies to artificial intelligence to turn their respective carbon neutrality plans from rhetoric to reality.

Data centers have been described as "electricity tigers" for their vast power consumption. To tackle the issue, Tencent is prioritizing the choice of data center locations in areas like Hebei and Guangdong provinces as well as the Chongqing municipality, where renewable energy inputs like wind and hydropower are more advanced.

Circulated power usage is another frontier. For instance, natural gas is used as the main fuel to drive the operation of gas turbines, micro-combustion engines or internal combustion engine generators and other gas-fired power generation equipment.

The company said a data center using such a method in Shanghai's Qingpu district and can save 1,000 metric tons of coal and reduce carbon dioxide emissions by 2,470 tons per annum.

It is also using an intelligent platform to track the operations of more than 80 data centers it operates globally. In a new campaign in Chongqing, its smart system can optimize energy savings by 30 percent and save millions of yuan in electricity costs.

Other environmentally friendly endeavors of Tencent include incorporating the "sponge city "techniques at its headquarters in Shenzhen. This loosely refers to the practice of reusing water in the city with the building through intelligent cooling technologies and applied to the building's energy usage.

Tencent is also using AI to help improve thermal fossil fuel power plants by providing real-time and standards-compliant solutions for the use of materials and personnel. The company is working with partners in Europe to create smart thermal power plants.

Ant Group, which operates e-wallet Alipay, has laid out a blueprint to reach net zero carbon output by 2030.

The company pledged to explore ways to apply its proprietary technologies to climate efforts, including leveraging its blockchain solutions to record and track its carbon-reduction progress.

Ant said it will step up measures to reduce emissions across its campuses, as well as ensure that future workspaces will be built to meet widely recognized green-architecture standards. The plan includes introducing more environmentally responsible guidelines for its sourcing and supply-chain management, including promoting the use of low-carbon technologies to power its facilities.

"We firmly believe technology can, and should be, used to further sustainable development. The carbon neutrality goal is the next milestone in the pursuit of an inclusive, green and sustainable future," said Peng Yijie, vice-president of Ant Group.

To reach that target, the company plans to set up a carbon-neutrality fund, which will finance the research and development of renewable technologies and other innovations to curb climate change. It will also explore ways to apply its proprietary technologies to climate efforts, including leveraging its blockchain solutions to record and track its carbon-reduction progress.

Ant's road map for carbon neutrality is being planned and refined in partnership with third-party specialists, including experts from the China Environmental United Certification Center. The CEC will also work with Ant to further share its practices with other companies also looking to join the climate effort.

In the first quarter, combined investment by venture capital and private equity firms into tech companies related to carbon neutrality in China hit over $4.5 billion, which was much higher than that of other sectors, according to CVSource, an information service provider.

According to an estimate from the Institute of Climate Change and Sustainable Development of Tsinghua University, new investment of approximately 138 trillion yuan is required to achieve the country's carbon neutrality transformation path.

Carbon neutrality efforts are expected to attract over 180 trillion yuan of green financial investment globally over the next 30 years, said Ma Jun, director of the Green Finance Commission under the China Society for Finance and Banking.