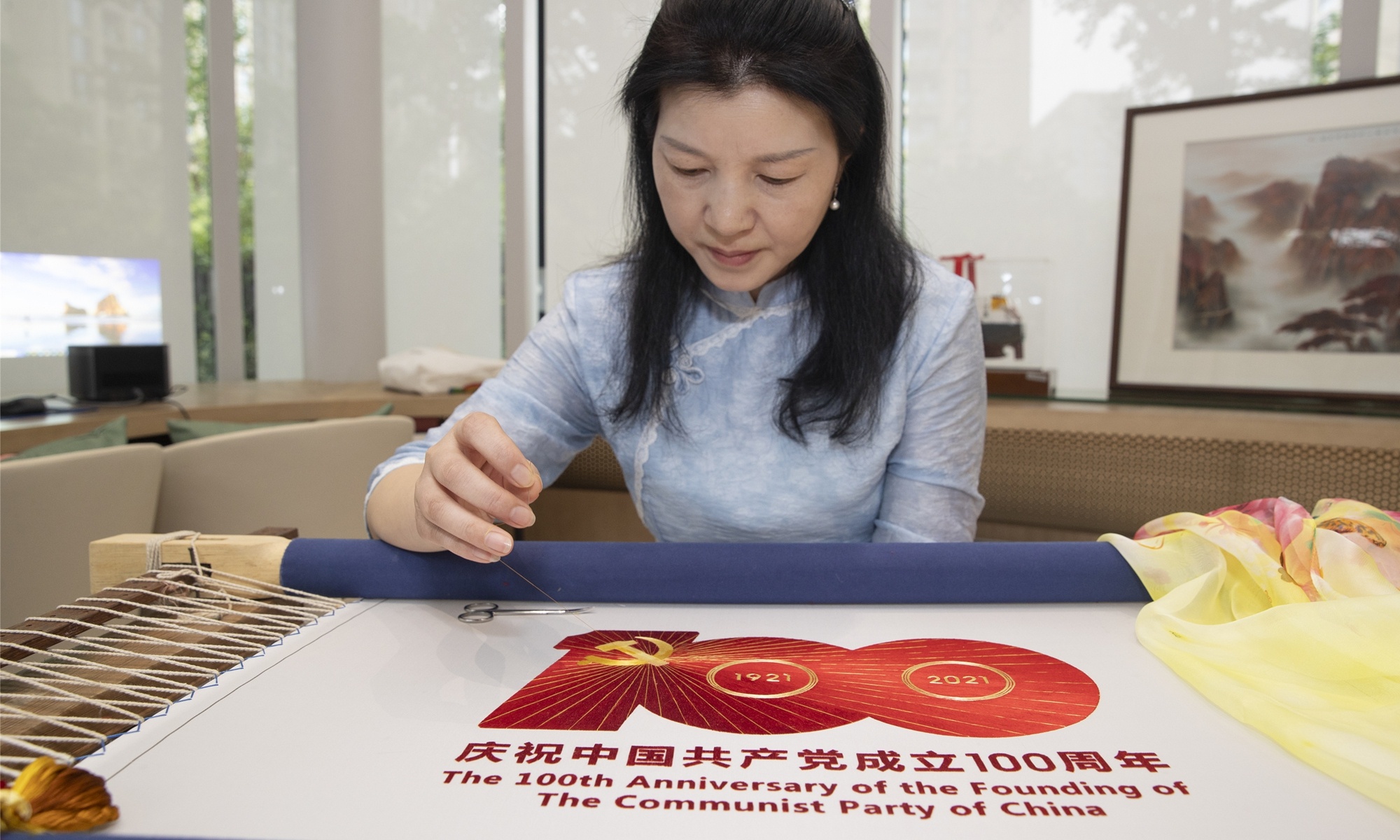 An artist embroides the celebration logo for the 100th anniversary of the founding of the CPC at a Party services center in Wuxi, East China's Jiangsu Province on June 19. (Photo: cnsphoto)

Five companies in Wenzhou in East China's Zhejiang Provinces are under investigations for wrongly adding 100th anniversary of the founding of the Communist Party of China (CPC) logo on their products.

The labels carrying the Chinese characters "celebrations of the 100th anniversary of the founding of CPC", and "A hundred-year of Party founding" were found on gift packages for chopsticks and spoons, as well as gift cards, produced by a local tableware company, according to the market regulator in Wenzhou.

The tableware company and its printing company are being scrutinized by the market regulator for violating Regulations on the Administration of Special Signs, which were introduced in 1996.

Another three companies including a training agency and two gift shops, are also under investigation for using labels related to the 100th anniversary of the founding of the CPC on products including stickers, medals and roll up banners.

According to Wenzhou's market regulator, the special logo for the anniversary is not permitted to be used for commercial purposes, including in advertisements and in commercial labels. Related symbols or effects should also not be used for private celebrations.