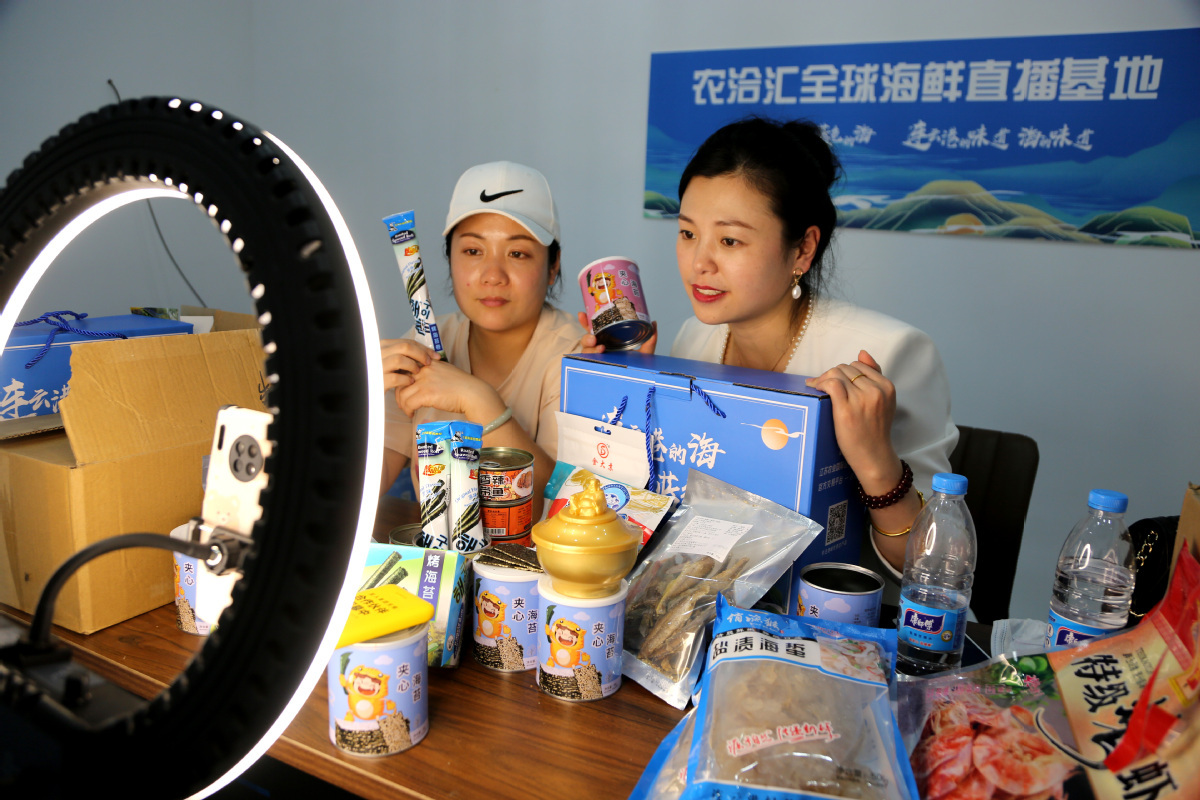 Shopping festivals are frequent in China, and the major ones always carry symbolic heft in setting retail trends.

This year too, it is no different as companies are leaving no stone unturned to make the June 18 shopping extravaganza as glitzy and glamorous as the Nov 11 bonanza, and are busy launching products, offering subsidies and livestreaming shows to attract and retain customers.

Tmall, Alibaba Group's online marketplace that enables brands to sell directly to consumers, said it is using this opportunity to cement its position as the go-to-marketplace for new product launches in China.

Among the 13 million items offering discounts during the gala, which in Tmall's case commenced with a presale on May 24, 1.4 million are making their debut, according to Yang Guang, vice-president of Tmall.

New offerings include both physical goods and catering and sightseeing options, from international brands like Hermes, Gucci, Dior, to local restaurants and tourist sites that are being endorsed by internet celebrities and have gone viral online.

Yang said new product rollout has been a driver of both brands and the site per se, noting transaction growth of this category jumped 50 percent in the past year. Campaigns as such are helping Tmall to "become the world's top new brand incubation center".

As Chinese customers normally respond strongly to the special promotions, discounts are there to stay, with merchants trying to make things easier this time. Tmall said it is dishing out some 10 billion yuan ($1.57 billion) for 20 days in the lead-up to June 18, with customers set to enjoy 30 yuan off upon each purchase worth 200 yuan and above.

Tmall's VIP members stand to receive at least 520 yuan worth of coupons that can be redeemed in later purchases, and additional perks, such as up to 50 percent discounts, are also exclusive to this bloc of customers, offered by 20,000 brands.

To take things up a notch, Tmall's parent Alibaba has just rebranded its platform selling budget items to TaoTe, literally meaning Taobao special. The platform will showcase 800 brands, agricultural products of over 20,000 metric tons and 500,000 products that are sourced directly to customers from manufacturing sites to ensure high cost efficiency.

High-flying e-commerce site Pinduoduo is, as usual, carrying along its 10 billion yuan subsidy campaign, which in part helped it secure some 788 million monthly active users by the end of last year.

But this time, the company is sharpening focus on premium catalogs, for example trimming 1,500 yuan per iPhone 12 phone set, and slashing nearly 60 percent off on an all-time popular serum under Japanese cosmetics brand SKII, in a bid to attract customers with more disposable income.

JD, which founded the June 18 extravaganza to celebrate its founding date, has been adept at using presales to manage inventory and ensure smooth delivery. The company's in-house statistician said presale orders between May 24 and May 25 were valued 6.4 times that of the same period last year, and the number of presale products jumped 4.4 times.

"Our aim is to help 120,000 small and medium-scale merchants double their gross merchandise volume, and facilitate 230 brands to achieve sales of over 100 million yuan each," said Lin Chen, an executive at JD's retail unit. "We are looking to leverage the campaign to draw more vendors to the platform."

As livestreaming becomes the new normal for retail practices in China, this year's June 18 event is set to be a grand platform where business executives and online influencers woo customers through delicate narratives on brands and products.

This has invited the participation of unconventional e-commerce players like short video sites Douyin and Kuaishou. Douyin has previously set a target of facilitating gross merchandise volume of 500 billion yuan, hoping that people's affection for content curators would translate into purchase of products they endorse. Kuaishou, on the other hand, has set an even more ambitious goal of 750 billion yuan to 800 billion yuan.

"Livestreaming has become an essential new growth pole for e-commerce, as we factor users' growing consumption of video content, the influx of new industry players and of course the pandemic," said Mo. "But it's not going to be an easy feat, given the ebbing conversion rate from interest to purchases across the board and e-commerce already having penetrated many areas of China."